Alexandria, VA – Nearly 250 years ago, 13 British colonies in North America declared their independence from Britain. To awaken us to the grand celebration that will accompany that anniversary, this year the Old Presbyterian Meeting House is celebrating the 250th anniversary of its formation in 1772. Today we are an active congregation of 1,000 members.

During the 1740s, Scottish Presbyterians, most serving as agents for large mercantile companies in Scotland and Britain, arrived in northern Virginia with other British settlers. Three became founding trustees of Alexandria when it was established in 1749: John Carlyle, John Pagan, and William Ramsay. Through the 1750s, Presbyterians worshipped at services conducted by Church of England clergy and by Presbyterian clergy who occasionally traveled here from Philadelphia. In 1760, regular services began in the town’s newly constructed Assembly Hall, on the northeast corner of the current City Hall.

In 1772, the Presbyterian congregation was formally established when the Rev. William Thom from Philadelphia was installed as minister. He conducted services in the Assembly Hall until 1775, when the Meeting House was erected on the 300 block of South Fairfax Street. That first structure was destroyed by fire in 1835 when struck by lightning. The current building, completed in 1837, was built on the same foundation. It closely replicates the Georgian style of the original structure with several improvements.

The worship space of the Meeting House is a remarkably unaltered example of Reformed Protestant plain style architecture, with slip pews, a clock dating from 1775, pipe organs dating from 1849 and 1997, and the burial site of the Rev. James Muir, who served the congregation from 1789 to 1820.

The churchyard Burial Ground contains some 300 graves dating from the 1770s to the early 1800s. Among them are John Carlyle, founding trustee of Alexandria; Dr. Robert Creighton, surgeon with General Braddock’s forces in the French and Indian War; Dr. James Craik, surgeon general in the Continental Army and confidant of George Washington; and various departed clergy. Also, 26 more patriots of the American Revolution, including Thomas Porter, participant in the Boston Tea Party; Lewis Nichola, commander of the Corps of Invalids; and an unidentified soldier at the Tomb of the Unknown Soldier of the American Revolution, which was erected in 1928 as the first memorial to honor an unidentified patriot of the Revolution. The Presbyterian Cemetery and Columbarium, established in 1809 on Hamilton Lane, entombs 16 more patriots of the American Revolution and remains in use today.

A Vibrant Congregation Working in Our Community

Since its establishment in 1772, the congregation has ministered to the spiritual needs of members, served the temporal needs of the larger community, and promoted justice for all, particularly in terms of education and inclusiveness.

The congregation has engaged in current events since the American Revolution. Members created Alexandria’s non-importation agreements before the war and served on the local committee of safety to enforce them. During the Revolution, more than 80 members served in military units, as merchants procuring flour, meat, and provisions for the armies, and as unit surgeons and doctors maintaining Alexandria’s inoculation center. Women raised tens of thousands of dollars selling lottery tickets issued by the Continental Congress. At the war’s conclusion, the Rev. Isaac Stockton Keith read the pastoral letter issued by the Presbyterian Church at a public service.

Some 100 members served in the military in the War of 1812. The Rev. James Muir, Dr. Elisha Cullen Dick, Jonathan Swift, and William Thomas Swann traveled to Washington to receive the terms of surrender from commanders of the British force. At the war’s conclusion, Rev. Muir preached at the town’s service, giving thanks for the peace.

During the Civil War, members generally opposed secession, but more than 50 served in Confederate and Union forces. Members at home assisted in hospitals by managing the soup kitchen, dispensing clothing, and raising money. They served in public offices and conducted worship and prayer services throughout the war. At the war’s end, members testified before Congress on the need for reconstruction; served as governor, attorney general, and member of the Virginia Supreme Court during reconstruction; and advocated the rights of African Americans to vote.

During the 1770s, when the Church of England transferred responsibility for poor relief to civil control, it started the congregation’s earliest efforts to assist persons in need. In 1816, following the disastrous “year without a summer,” women of the congregation formed the Onesimus Society to assist persons in need during the winter months. Today, members operate the weekly Open Table and Family to Family programs and assist in Alexandria’s Meals on Wheels, Guest House, and Carpenter Shelter programs.

In 1783, members invited the Rev. William McWhir to start a school, creating Alexandria’s first effort at universal education. When the school proved successful, it was expanded into a comprehensive program to educate children from diverse backgrounds at the Alexandria Academy. The academy building, erected on Wolfe Street in 1785, still stands. Five Presbyterian ministers followed Rev. McWhir as headmasters. More recently, the Rev. Gary W. Charles joined others in 1997 to form the Alexandria Tutoring Consortium, which tutors students in Alexandria City Public Schools to read on or above grade level by the end of first grade.

While some congregation members continued to enslave African Americans in the 1780s, others signed petitions to abolish slavery in Virginia and assist in manumissions. Rev. Isaac Stockton Keith helped prepare the Presbyterian Church’s first call for the abolition of slavery. In the 1790s, African Americans joined the congregation as full communicant members. Congregants joined Quakers to establish the Alexandria Society for the Relief and Protection of Persons Illegally Held in Bondage. In 1817, James E. Ward became the third African American to be ordained minister in the Presbyterian Church. Congregational efforts promoting justice continued throughout reconstruction following the Civil War. Efforts to dismantle racism are ongoing.

All are welcome to join the congregation to worship and celebrate its 250th anniversary. Visit the meeting house, churchyard, Tomb of the Unknown Soldier of the American Revolution, and discuss the congregation’s history on weekdays between 9 am and 4 pm. Information on anniversary events, visiting, including the Presbyterian Cemetery and Columbarium, is online at www.opmh.org.

Donald C. Dahmann, a geographer in independent practice, is an Old Presbyterian Meeting House congregation member. He serves as the congregation’s archivist/historian and is an elder in the Presbyterian Church (U.S.A.). 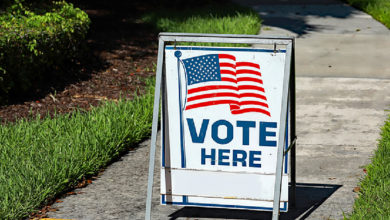