Most Americans can recite particulars about the assassination of Abraham Lincoln. Shot in the back of the head at Ford’s Theater on the evening of April 14, 1865. He lingered until succumbing the next morning. He and his wife, Mary Todd, had enjoyed the play, Our American Cousin. The man responsible was a well-known, crazed actor named John Wilkes Booth.

Almost immediately after the death of the beloved president, a clamor went out throughout the country to build a memorial to our fallen leader. The Lincoln Memorial was completed in 1922. I, for one, never thought to ask or even think about the obvious question, “Why did it take so long?”

Schindler and Anderson say, “Designing memorials for deceased leaders and monuments to note historically significant events is generally complicated and usually quite controversial. Factions push the side of the story they want generations to see.” Location, style, and inscriptions all matter.

America’s wounds from the Civil War were raw at the time of Lincoln’s death. The debate over Lincoln’s portrayal was fiercely divisive, lengthy, and politically charged. The monument’s designers finally decided it was Lincoln’s personal qualities that ultimately saved the Union, and those qualities must be evident in the monument to him. The humility, wisdom, compassion, and eloquence of the 16th president are evident in the design, as is staying true to his roots in a humble fashion.

This is where the history of the Lincoln Memorial starts. Readers, through the insightful images and photos, gain a fuller appreciation of this breathtaking testament to the man who reunited a house divided. There are plenty of details in the Schindler and Anderson work of the Lincoln Memorial and the man. For example, Lincoln is usually honored as the most scholarly of all presidents.

In 1901, Congress formed the Senate Park Commission, commonly known as the McMillan Commission, to reshape the look of the capital. Twenty years later, the Lincoln Memorial was finished. The National Mall area continued to evolve and still does. Through Schindler and Anderson’s photojournalistic talents, readers see this captivating area’s evolution and the transition of tourists, protestors, demonstrators, and activists.

For over two decades, Kevin S Schindler has served as a historian at the Lowell Observatory in Flagstaff, Arizona. He has authored seven books about science and history, including ‘Pluto and Lowell’ (In 1930, Clyde Tombaugh’s discovery of Pluto put Flagstaff on the map). He is an active member of the Flagstaff history and science communities and had a long stint as the Sheriff of the Flagstaff Corral of Westerners International. Kevin writes articles for several Flagstaff area publications. 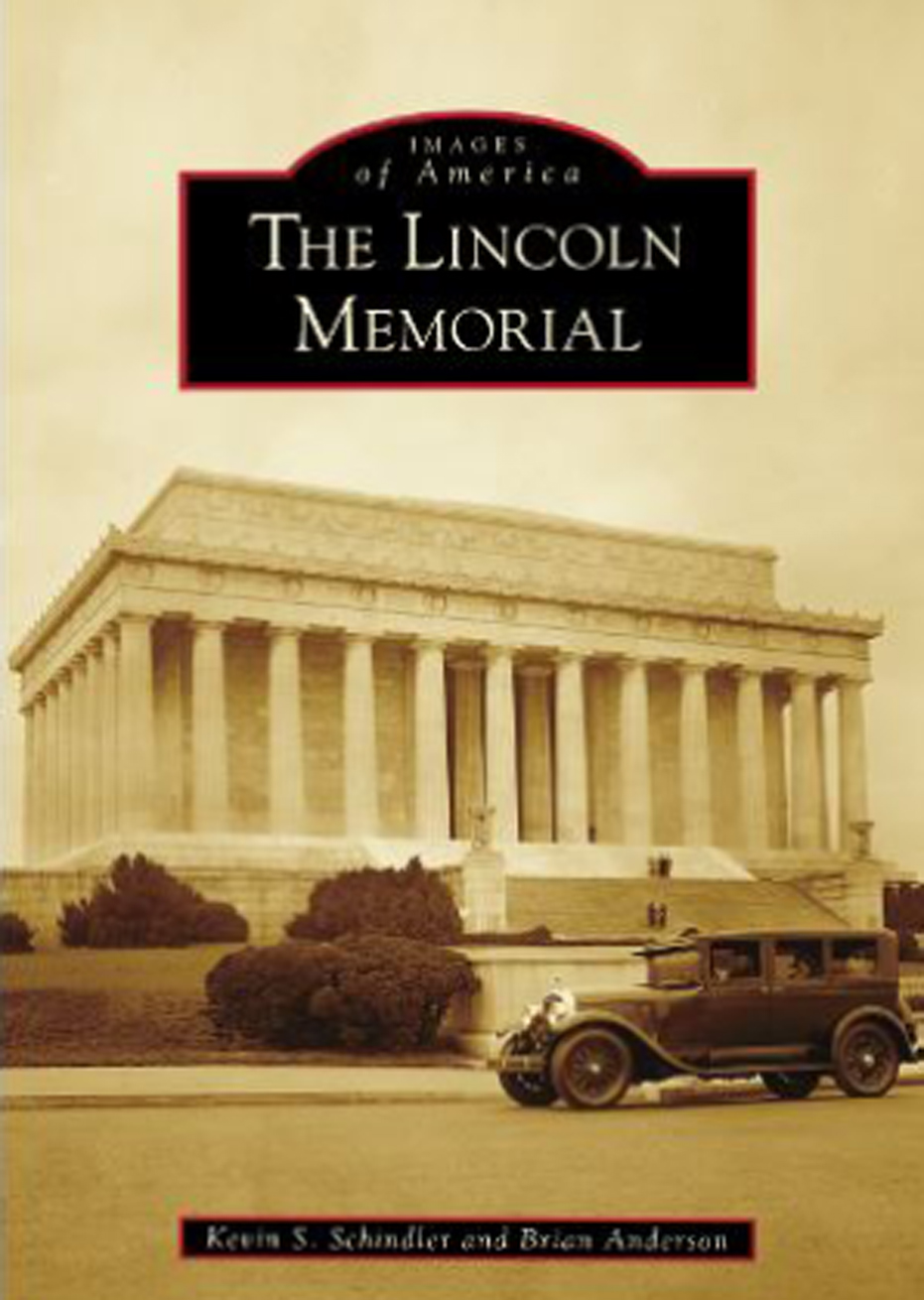 Brian Anderson is a DC lawyer, of counsel to O’Melveny and Myers, and serves as a trustee for Ford’s Theater.

Kevin and Brian smartly capture the 150 years of history, national events, presidential rallies, national celebrations, and millions of visitors to the Lincoln Memorial and National Mall. This rich collection of rare photos and historical images creates a fascinating story of this American Landmark. A creative way to make history fun. Zebra rating: 5 Stripes