ALEXANDRIA, VA — Life-Death-Hope-Eternity. Themes to reflect upon as our community is invited to listen to the angelic melodies and heartfelt lyrics as sung by the Alexandria Choral Society on Saturday, October 15th at 7pm at Westminster Presbyterian Church. In their first performance of the 2022-2023 season, the group will majestically convey the theme and message of reconciliation and hope in everlasting life.

The main component of the evening features John Rutter’s Requiem, set to present an “arch-like meditation on the themes of life and death,” says artistic director, Brian Isaac.

Originally composed in 1985, Rutter incorporates personal selection of texts, some taken from Requiem Mass and some from the 1662 Book of Common Prayer (which is still the official Prayer Book of the Church of England).

“Ultimately, this seven-movement work offers comfort to those in mourning, offering forgiveness, rest and finally a promise of freedom from death itself and everlasting peace,” says Isaac.

Tickets are available now at www.AlexandriaChoralSociety.org Please note that masks are required at this performance. 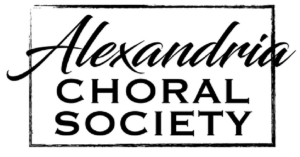 For half a century, Alexandria Choral Society has striven to enrich the community with a broad spectrum of choral works, from the Renaissance to modern American composers, from small chamber pieces to major works for chorus and orchestra, and from a great variety of musical cultures. Since its founding in 1970, ACS has delighted audiences year in and year out. Under the current leadership of Brian J. Isaac, who was selected as Artistic Director in 2017, ACS has premiered new works by Christopher Hoh, Jonathan Kolm, Lori Laitman and Tawnie Olson. With thoughtful programming, ACS is expanding the choral repertoire in the city of Alexandria and the greater Washington region.

As a non-profit performing arts organization, ACS strongly believes that financial capacity should never be a barrier to experiencing quality choral programming, and has adopted a “Pay What You Can” model. The suggested ticket price is $30. Season tickets are also available.

The ACS season is supported in part by the City of Alexandria, the Virginia Commission for the Arts, the National Endowment for the Arts, and The Ross Roberts Fund for the Arts at the at the Community Foundation for Northern Virginia. 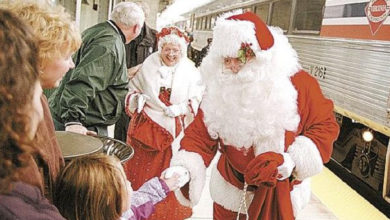