The 2020 Olympic medalist Noah Lyles and his brother, Josephus, were among the 24 athletes and members of two high school boys basketball teams honored.

The 1945 George Washington High School boys basketball team, led by Coach Rasty Doran, was also recognized, as the only team from the school to win a state championship. On the court, the team was led by All Met guard Buzzy Brown, Donald “Huck” Thomas, Dave Rice, and Ralph “Booty” Partlow; along with teammates Edgar Simms and Carey Johnson.

As well, the 1977 Titans, selected by Max Preps as the greatest Virginia high school basketball team of all time and achieving a 28-0 record, were recognized. Led by All State guard Craig Harris, the team won the Virginia state championship and was ranked #1 among area teams as selected by The Washington Post. 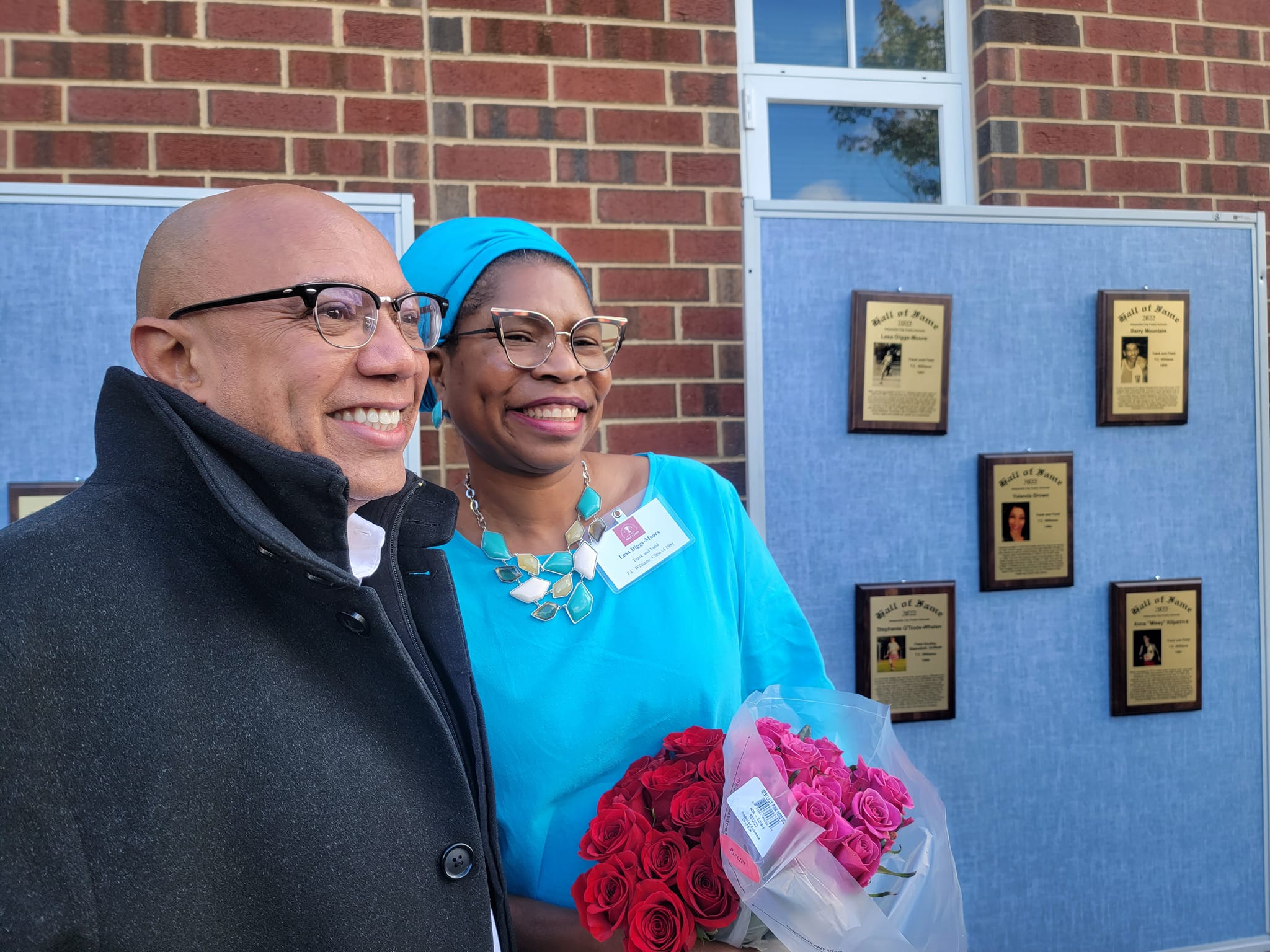 The evening concluded in photo opportunities with the inductees, a plaque presentation, and flowers for each inductee.