This month marks the airing of the Civil War PBS docudrama, “Mercy Street.” War is always a perfect setting for drama and since this series has soldiers, sailors, doctors, nurses, and politicians involved, and is set in Alexandria, I’m sure the sparks will fly, the intrigue will run rampant, and the romancing hot and sultry.

In addition to the above, wars are influenced by timing, geography, or in some cases, sheer dumb luck. And the ‘Civil’ War has something for everybody. Reading correspondence of Alexandria’s glitterati of the time one would assume Alexandria was under siege from the moment the first shots fell on Fort Sumter until war’s end on April 9, 1865. The striking statue “Appomattox” standing at the intersection of Washington and Prince by Czech sculptor Caspar Buberl conveys as much; the soldier, head down, campaign hat in-hand, dutifully mournfully facing South. Contrary to legend, however, the Civil War lasted a mere 43 days for Alexandria due in no small part to a combination of all the reasons above. Consider the following:

First, the Confederacy’s most sacred of all generals was Alexandria native Robert E. Lee. Voted ‘Most- Likely-to-Succeed’ from Alexandria Academy (corner of S. Washington & Wolfe) and every school he attended, Lee was the 19th century definition of an over-achiever. An honor graduate of West Point, he scooped up and married George Washington’s stepgreat granddaughter, Mary Custis, was a decorated Mexican War hero, served as the Superintendent of his Alma Mater (West Point), and had already whipped abolitionist John Brown’s homegrown militia at Harper’s Ferry. In other words, nearly everything Lee touched turned platinum.

Promoted to Colonel on March 28th 1861, Lee was offered a major command in the Union Army when on April 12th the Confederacy fired on Fort Sumter, South Carolina. On April 15th the Virginia General Assembly voted to secede from the Union. Bad luck for Lee? You kidding? Alexandria’s own favorite son resigned his US commission on April 20th and three days later was commissioned a General in the Confederate Army. Talk about luck and timing – from Lieutenant Colonel to General in 23 days – in two different armies!

Unfortunately, Lee suffered from geography. Lee’s home, Arlington House, was the envy of every 19th century real estate broker. This banner ‘location-location-location’ property overlooking the Potomac with a commanding view of Washington DC, kept General “Fussand- Feathers” Scott and President Abraham Lincoln up at night for weeks! On May 23rd after looking at Alexandria through telescopes and field glasses and pacing the White House halls all hours of the night, Lincoln figured that at only eight miles from his front door, Lee and his hometown of Alexandria could be a real problem, so SOMEONE had better cross the Potomac and occupy it.

On May 24th Colonel Elmer (Yup – ‘Elmer’) Ellsworth entered Alexandria with his unit, the 11th New York Volunteer Infantry Regiment. Known as the ‘Fire Zouaves’ these former New York firefighters had volunteered to serve under Ellsworth. When Ellsworth saw the Confederate battle flag flying from the Marshall House Inn he ran up the stairs to haul it down and run up the Stars and Stripes in its place. Captain James W. Jackson, the proprietor of the Marshall House, happened to be there and wasn’t having any of that flag-changing stuff. He said that the Confederate flag would be hauled down “over my dead body” so he raised his shotgun and nailed Ellsworth on the stairs. I’m not exactly sure what a ‘Fire Zouave’ is but they were New York firefighters and paraded around in MC Hammer Pants and copped an attitude something akin to their N.Y.F.D. successors after 9/11. And if you are a ‘Fire Zouave’ and see your Commanding Officer cut down in front of you, well let’s just say that Corporal Francis E. Brownell was only too happy to accommodate Jackson’s wishes and dropped the Confederate Captain with his bayonet. Ellsworth just happened to be a lawyer and a close friend of Lincoln (also a lawyer) so Lincoln awarded CPL Brownell the Medal of Honor. Go figure.

Then there’s that old nagging problem of just plain bad luck. Things seemed to be going pretty well for Lee at first. Lincoln kept hiring and firing lackluster Commanding Generals like Mitt Romney in his Bain Capital days, but wouldn’t you just know that he would pick one of Lee’s West Point classmates, Ulysses Grant, to kick-start the Union Army. Grant was from the old school of tactics and was particularly fond of ‘siege warfare.’ He ate, slept, and dreamed ‘siege.’ The ‘S’ in Ulysses S. Grant probably stood for ‘Siege.’ Over the next two years there wasn’t a town he came across that he didn’t lay siege to.

The Confederacy, too, had Generals that could have come out of a Joel and Ethan Coen film. General Pickett completely missed the memo that said, “Don’t walk across a mile-long open field in a small town in Pennsylvania in middle of July.” Another example of ‘you-can’t-make-this-up’ was Lee’s favorite Cavalry Commander, General “JEB” Stuart (The real JEB not the new one), who basically missed the battle of Gettysburg because he was hanging around Rockville, MD. This was back in the days when there was probably something fun to do in Rockville. Also in the stranger-than- truth category, there’s Lee’s best general, Thomas “Stonewall” Jackson, a college professor from VMI, who was accidentally shot by one of his own troops. The old military adage applies: “Friendly fire –- isn’t.”

There were bright spots for the Confederacy. And some of those were at sea. The South simply gushes over its swashbucklers and the Confederate Navy had its share. It wasn’t just about the USS MONITOR and the CSS MERRIMACK/CSS VIRGINIA (Circle ship name of your choice). When Union Admiral David Glasgow “Damn the Torpedoes” Farragut was busy running up and down the Mississippi River shooting up everything that moved, there were several dashing Confederate renegades sailing the high seas and wreaking havoc everywhere they went.

Captain Raphael Semmes had already racked-up a score of 18 Union merchant ships when he was given command of the CSS ALABAMA and told to run the Union Blockade as a major-league commerce raider. Over the next two years Semmes and his merry men sailed the Atlantic, the Gulf of Mexico, the Indian Ocean, and a little parcel of the Pacific, sending 65 U.S. Merchant ships to the bottom. Finally, on June 19, 1864 the ALABAMAwas in Cherbourg, France; the ship in for repairs and his crew in for some fun (after all – it was France). The Union ship USS KEARSARGE blocked the harbor so Semmes sailed ALABAMA out to duel his way home. Later that day when Semmes saw he was thigh-deep in salt water, he ordered ‘abandon ship.’ To avoid capture by the Union, Semmes threw his sword overboard, dove in and swam to the nearby British yacht Deerhound.

Semmes made it back to Virginia avoiding capture via England, Cuba and Texas and his escape made all the papers. He was the talk of the Confederate cocktail circuit and like a 19th century George Clooney, his exploits made every Confederate woman absolutely swoon. They promoted him to Rear Admiral and later the Confederacy made him a General in the Army too. His Naval Brigade thought it good luck when they were sent to fight at a place called ‘Sayler’s Creek’ and even though to them it was spelled wrong – it sounded good to them. At war’s end Semmes finally surrendered to General William T. “War is Hell” Sherman. Semmes was the only man in North America to hold both ranks of Admiral and General simultaneously.

Captain James Iredell Waddell was another gallant pirate of the South. The North Carolinian resigned his US commission and distinguished himself as a Lieutenant on ironclads in the Confederate Navy. For a while he was in charge of shore artillery at Drewry’s Bluff on the James River approach to Richmond. But he was a sailor so when Confederate President Jefferson Davis offered him a command, he shipped out to Liverpool, England, took command of the newly built CSS SHENANDOAH and set out raiding Union commerce ships in the Atlantic and Pacific. He was so successful at sending Union ships to Davy Jones’ Locker, that every time the SHENANDOAH went to sea, insurance companies lowered their blinds, turned out the lights, and locked their office doors.

Waddell clearly missed the telegram that the Civil War was over in April 1865, so guess what? He kept right on sinking ships until June 24th after capturing the Susan & Abagail. Her Captain produced a newspaper that said General Lee had surrendered. But the paper also contained an article quoting President Davis saying “the war would be carried on with renewed vigor,” so Waddell went right back to sinking ships.

Finally on August 3, 1865 Waddell got word of the war’s end from the Captain of the British ship Baracouta. In only 12 months the SHENANDOAH had sailed around the world and sunk 38 union merchant ships, the majority of which were New England whaling ships, devastating that industry in the north. Not wanting to surrender SHENANDOAH to the Union, Waddell sailed her all the way back to Liverpool and surrendered her to the Captain of HMS DONEGAL on November 6, 1865. She was the last vestige of the Confederacy when her flag came down on that day.

Maybe not as swashbuckling as Semmes and Waddell, another Navy luminary was Captain John Randolph Tucker, a native Alexandrian who after a distinguished career in the US Navy, also went on to serve in the Confederate Navy.

Following his command of the CSS PATRICK HENRY, he was also sent to Drewry’s Bluff, and like Waddell was also one of the shore battery commanders. Then from 1862 to 1864 he commanded all the Confederate ships in Charleston SC fighting spar-torpedo warfare against the Union. There must have been something in the water at Confederate Naval Headquarters because as was Waddell, Tucker also went to Sayler’s Creek for that battle.

After being a POW for several months his resume somehow wound up in the hands of the Peruvian Minister to the U.S. At war with Spain, Peru was short on savvy Naval Officers so Peru offered him the rank of Rear Admiral and Commander-in-Chief of the Navy. Tucker was a ‘take-charge’ kind of guy but because he was promoted over more senior Peruvian Naval Officers and maybe because he was a gringo, the rest of the staff whined so much that Tucker eventually resigned in 1871. He has the distinction of being the only Naval Officer to have served in three navies – the US Navy, Confederate Navy, and Peruvian Navy.

Now, knowing all this, please sit back and enjoy PBS’ “Mercy Street.” Maybe that little slice of the not-so ‘civil’ war will do for Alexandria what “Downton Abbey” did for World War I in England. I can just imagine those Ramsey House tours now.

Marcus Fisk is a retired Navy Captain, Naval Academy graduate, sometime actor, sculptor, pick-up soccer player, and playwright. He and his wife Pamela are former residents of Alexandria and currently live in Connecticut where they own a B&B.

Medical Practices of the Civil War 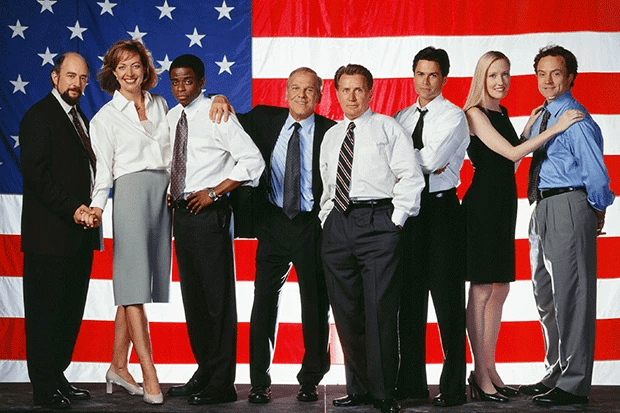