The song title What’s the Matter with Kids Today? from “Bye Bye Birdie” came to mind while I was wrapping up my interview with an extremely bright, hardworking, verbal, and driven young Alexandria-raised woman, Hero Magnus. And the answer to that question, I can assure you, is NOTHING! This young woman is attacking the music world with a vengeance and boldly making her mark—beginning with the launch of her first EP, “Breakfast Table” and her first single by the same name. The three songs on her EP: Melancholy, Emelia, and Breakfast Table were written, performed, arranged, accompanied, produced and marketed by Hero and recorded by Josh Roberts at Ampersand Recording Studio in Herndon, Va. Oh, did I tell you? She just graduated from TC Williams High School after carrying a full load of AP courses like Art history, Calculus AB, Chinese, and many more!

And the music is good! Her voice is strong, interesting, and true; her writing style is distinctive and memorable. I want to hear much more from this young woman, who’s going to study at Yale this fall and where I expect she will take the music and drama departments by storm. She also reads and speaks Mandarin and gives major credit for her early success in the music industry to her four years of study at TC Williams High School in Alexandria. She said she feels strongly that her education has been enriched by the diversity, interesting environment and resources available there. She posits that she took full advantage of that because “every day I’d go down to the college and career center and the scholarship office and talk with teachers and staff about how to apply for scholarships and college.” But most importantly she says, “My teachers taught me how to work hard and well.”

She considers herself an indie rock artist and she has gigs coming up at several venues in Washington, DC, this summer like the Slash Run and Club Heaven & Hell. She often opens for touring bands as she did recently at The Pinch when she opened for the Split Seconds. And this is before she goes off to Yale in September—she’s just 18 years old, people!

I asked her for a little background on how and why she recorded “Breakfast Table.” She recorded all three songs together, but they were all written at different times. The single, Breakfast Table is the cut she felt was a “fully realized vision” of her emotions; hence she chose it for her first single release. She wrote the music for this song this past February after performing a few of her original songs in a New York City club called SideWalk Café, where Regina Spektor and other artists Hero admires played earlier in their careers. Further, it was the center of the anti-folk scene in NYC ten years ago. Hero’s dad, who is the poet, Magus Magnus, read poetry there that weekend and some of Hero’s Alexandria friends, her family, old friends from Boston (friends she made when she was studying music at Berklee College of Music) and Philadelphia, etc., whom she hadn’t seen in a long time, came all the way into the city to see her. Hence, her emotion-filled song, Breakfast Table, was born.

Hero has decided that she wants to write music professionally and will spend her four years at Yale figuring out how to make a living writing and performing music. She knows how difficult it is to make a living in the arts. She says she chose Yale “for the passion she felt when she met the students and professors and the fact that they really care about ideas and movements today and the campus is a huge creative scene.” Out of all the schools Hero visited, Yale students appeared to care the most about the arts and creative pursuits and the independent music scene, as well as political causes. She doesn’t want to go to a strictly performance school, or a conservatory of music, because she wants to go to a school to learn to write music as well as perform, but not just perform. She wants to gain experiences and she feels Yale is the best place for this.

Oh, and if you were wondering as I was, her name, Hero, comes from Shakespeare’s play, “Much Ado about Nothing”. Google it–interesting. Talking with this young woman lightened my spirits and makes me feel like there is hope for the iPhone generation, not to mention the contemporary music industry. Enjoy listening to Hero’s brilliant new album, especially the single: Breakfast Table. 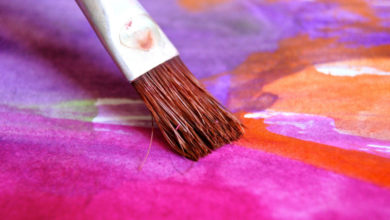 Alexandria Named Second Biggest Art-Buying City in US by Artfinder

Alexandria Gets Another New Mural! 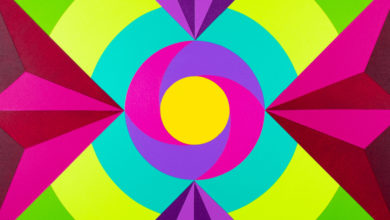