Alexandria, VA – I am thrilled to report that theatre is alive and well in the D.C. Metro area and will be available to theatre enthusiasts in person very soon! First up is Round House Theatre in Bethesda, which announced its 44th season starting on September 8.

Let me give you a brief synopsis of productions to delight you this season!

The 2021-2022 Signature Theatre season kicks off on November 2. Reopening Signature’s MAX Theatre is Jonathan Larson’s RENT, directed by Artistic Director Matthew Gardiner. The story begins at the end of the millennium as a group of bohemians in the East Village of New York City struggle with gentrification, love, loss, and legacies amid the HIV/AIDS crisis.

Reopening The ARK Theatre on February 2, acclaimed artist Paige Hernandez directs the Washington premiere of Daphne’s Dive, by Quiara Alegria Hudes. Daphne’s North Philadelphia bar becomes home for a disparate band of society’s outsiders where, over 20 years, they drink, dance, rejoice and grieve together in a captivating weave of interconnection.

On March 1 is a new production of She Loves Me, by Joe Masteroff, Jerry Bock, and Sheldon Harnick, with Matthew Gardiner directing. Two salesclerks spar endlessly in a charming European perfumery while saving their sweetest words for an anonymous pen pal. Unbeknownst to them, their dear friend happens to be each other.

Premiering on April 26, The Upstairs Department is a new play by Chelsea Marcantel, directed by Holly Twyford. It’s this season’s SigWorks: The Heidi Thomas Writers’ Initiative play. Desperate to reach their late father, a young man thinks he can communicate with the dead, and with his skeptic sister sets out to test his paranormal talent.

On May 31, Signature will present We Won’t Sleep, by Lauren M. Gunderson and Ari Afsar, based on the true story of a proud Montanan who became the first congresswoman in U.S. history.

Signature closes the season with a new production of The Color Purple, based on the novel by Alice Walker and the Warner Bros/Amblin Entertainment Motion Picture written by Marsha Norman and Brenda Russell, Allee Willis, and Stephen Bray.

Of special note: In December 2021 and January 2022, Signature will present the pre-Broadway engagement of KPOP, The Broadway Musical by Jason Kim, Helen Park, and Max Vernon. The production will be staged at The Anthem.

In opening the 44th season, Round House Theatre’s Artistic Director, Ryan Rilette, says, “We are welcoming audiences back to live performance with a theatrical journey around the world, offering stories that combine the universal with the specific, which is one of the strengths of the theatrical form. And each of these stories does so in incredibly theatrical ways.”

On September 8, the season opens with the regional premiere of Quixote Nuevo by celebrated playwright Octavio Solis. This spirited contemporary adaption of Miguel de Cervantes’ Don Quixote transports the classic character to the modern-day border between the U.S. and Mexico.

The Great Leap by Lauren Yee follows on November 10. Inspired by events from her father’s life, Yee combines the historical with the personal to follow an American college basketball team that goes to post-Cultural Revolution China for a “friendship” game.

The U.S. premiere of Nine Night by Natasha Gordon follows on January 5. Gordon’s debut play centers on the traditional Jamaican funerary celebration of Nine Night, as a British-Jamaican family and community unite to mark the passing of their matriarch with an extended wake full of food, music, and revelry.

On April 5, in it’s not a trip it’s a journey, by Charly Evon Simpson, June needs a journey now! She convinces her friends to ditch NYC for a road trip to the Grand Canyon. They must contend with being black, female-identifying, and American—all at the same time.

On April 7, We declare you a terrorist, by playwright Tim J. Lord, refines the real events of the infamous 2002 Moscow theatre hostage crisis into a taut, four-person thriller.

Nollywood Dreams, another regional premiere, will close the season, starting June 8. This production takes the audience to Nigeria, spotlighting one of the most prolific film industries in the world.

Subscription Information: Subscription packages for both theatres are on sale now. Call Signature’s Box Office at 703-820-9771 or visit Sigtheatre.org/Subscribe. Call the Round House Box Office at 240-644-1100 or visit Roundhousetheatre.org. The websites list more details about production runs.

Health and Safety Information: Both Signature Theatre and Round House Theatre prioritize the health and safety of their artists, audiences, students, and staff. As they prepare to return to live performances, they continually monitor conditions and local and CDC recommendations. They will update their policies as circumstances require. More detailed information on safety plans can be found at SigTheatre.org/Safety and www.roundhousetheatre.org/Safety.

Memories and Musings - On Aging 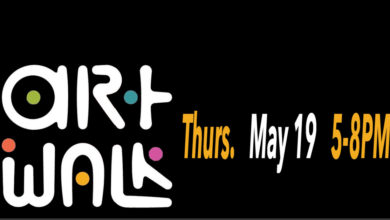 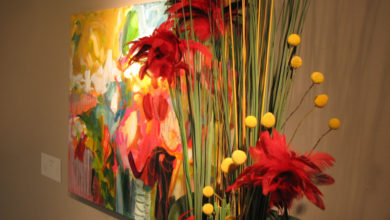