Alexandria, VA – Spending an entire adult life inside the Beltway but having been born and raised in New York, I’ve always had a rather Saul Steinberg-skewed view of the world. That iconic New Yorker magazine cover from March 29, 1976, depicting the West Side city view of the Hudson River looking toward New Jersey and beyond, all the way across America to the Pacific (with little in between) as the veritable edge of civilization became a staple of dorm rooms and starter home decor.

Having lived in D.C. and across the moat in Alexandria these past 45 years, I’ve extended the Capital, Port City, and the Beltway in my imagination to the precipice map. On September 11, 2001, my limited worldview collapsed. It was indeed a different world after four California-bound planes were overtaken by terrorists bent upon the destruction of the American ideal, the American way of life, and the American experiment in Democratic freedom and kamikazed into the Pentagon, obliterated the World Trade Center Twin Towers and, only due to the courage of those passengers on United Flight 93 who lost their lives saving many more, killed almost 3,000 people: 2,7659 in New York, 184 at the Pentagon, and 40 in Shanksville, PA. Plus many more thereafter, due to 9/11 event-related illness and injury.

Each generation has that “Where were you when…?” event: The bombing of Pearl Harbor for the Greatest Generation, the assassination of President John F. Kennedy along with the Apollo 11 lunar landing for Baby Boomers, 9/11 for Gen X, Millennials, and almost everyone on the planet who was old enough to know what happened that day. More recently, perhaps January 6, 2021, is a new day that will live in infamy.

For Alexandrians, the catastrophic events of 9/11 engendered a profound impact. The Pentagon employed neighbors, friends, and family; it was a transportation hub for the many commuters working for the federal government, the White House, or Capitol Hill—two likely targets for United Flight 93. The building itself represented the invulnerability of the U.S. Like a fortress, its destruction to this day remains unimaginable.

The decimation (but not total destruction) of the Pentagon’s southwest side, where a plane dove into the largest office building in the world, demonstrated the enduring indomitability and persistence of U.S. defense institutions. With 6.5 million square feet on 150 acres, the Pentagon has three times the office space of the Empire State Building. The building is the headquarters for the Department of Defense and was a highly desirable target for a plane overtaken by suicidal Saudi anti-American hijackers.

Those of us who remember the aftermath recall blackened offices exposed without walls or windows remaining, with desks, furnishings, and equipment dripping from the point of impact like a melting ice cream cone on a hot day.

The sight of the Stars and Stripes hoisted to the Pentagon roofline by firefighters responding to the inferno has become as iconic an image as the raising of the flag at Iwo Jima or a three-year-old John F. Kennedy, Jr. saluting the caisson carrying his slain father’s coffin past the steps of St. Matthew’s Cathedral.

Another flag miraculously salvaged from the ruins of the World Trade Center was taken to Yankee Stadium for the third game of the 2001 World Series (delayed to October 30 after a six-day suspension of Major League Baseball) to be held in a barely recovering New York. Other than the strike of 1994, America’s great national pastime had only been halted three times: in 1918 during our entry into World War One, on D-Day, June 6, 1944, and upon the terrorist attacks of September 11, 2001. (Then came COVID-19 and a four-month delay.)

I was at Game 3 of the ’01 World Series. President George W. Bush threw out the first pitch hard and fast over the plate. The American bald eagle Challenger was released in the outfield under the tattered and torn yet resolutely waving flag, soaring across the field to his handler’s arm, Al Cecere, as one of New York’s finest, first responder police officer Daniel Rodriguez, performed God Bless America.

This deeply poignant moment was reminiscent of the monumental flag flown over Fort McHenry during the War of 1812 and now on display at the Smithsonian Museum of American History. It was that embattled flag that inspired Francis Scott Key to write the Star Spangled Banner.

Officer Rodriquez was driving over the Hudson River on the Verrazano Bridge on the way to his shift on that otherwise picture-perfect September morning when the first plane hit the North Tower. He responded to the call and was at Ground Zero when the Towers collapsed, nearly dying himself. Rodriguez remained at the scene to assist in rescue and recovery. He became a celebrated crooner, studying with Placido Domingo in Washington following his performance during “Prayer for America” after catching the opera great’s ear and becoming a personification of courage and grace under fire.

Aside from where they were when they heard the news, what people often cling to when remembering that horrific day is how beautiful a late-summer day it was. The sky was blue everywhere, not just in the DMV or NYC but all over the country. An azure blue so staggeringly pure and bright that it was almost blinding to gaze upon.

Then at 9:37 am, the sky over the Pentagon filled with the blackest smoke. American Flight 77 out of Dulles was over Ohio when hijackers rerouted the plane, dove into the southeast side of the Pentagon 34 minutes after United Flight 175 sliced through the South Tower and 53 minutes after United Flight 11 slammed into the North Tower in what was at first assumed to be grave pilot or mechanical error.

The Twin Towers collapsed within an hour and forty-five minutes of impact, destroying the other World Trade buildings, damaging nearby structures, and leaving a cloud of chalky dust-like debris blanketing streets, buildings, even people fleeing for their lives, for days and weeks to come. A once vibrant, densely populated New York emptied. The thriving city that never sleeps was instantly rendered a post-apocalyptic ghost town.

There’s been a lot of talk of patriotism lately. It holds different meanings in times of trouble. On September 11, patriotism prevailed. The patriotism of love for country. The patriotism of brotherhood for fellow countrymen and women. The patriotism of defending a nation and the ideals of freedom, truth, and Democracy. The pride of patriotism rang loud and clear after 9/11. There was no shortage of heroes. But more than this ~ We were all New York and D.C. and Shanksville. We were a flag-waving America ~ one nation united, indivisible, where liberty and justice reigned diligently, if not yet for all.

Since creating the In Z Hood column four years ago, I have spotlighted personal moments and interesting stories in Alexandria and around the DMV. Knowing that I knew people on the planes and in the WTC, Mary Wadland, Zebra Press publisher and Editor in Chief, asked me to write something for this special 20th Anniversary of September 11 print edition.

Reflecting upon the occasion, and knowing how difficult it still is for survivors and family who lost loved ones to discuss the traumatic events of that day, I realized there might be Zebra readers who have no recollection of 9/11 except for a sense of the fear, panic, dread, and doom arising from that day.

What I have taken away from revisiting 9/11 in advance of the 20th anniversary is that what we have lacked these past 19 months in the time of COVID-19 is that sense of camaraderie, unification, and the true patriotism expressed so expansively and pervasively after the terrorist attacks.

Let’s make this ongoing pandemic during the anniversary of so tragic a moment in our history another comeback story. Lessons learned from loss of life should never be forgotten. Borrowing from The Youngbloods ~ C’mon people now. Remember! And smile on your brothers and sisters. Everybody get together ~ socially distanced. Try to accept one another right now. Be kind! It’s easy to do if you try. And if you are in NYC, do visit the 9/11 Memorial and Museum. They got that really, really right!

The Last Word - Faces of the Day 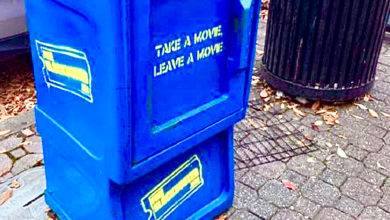 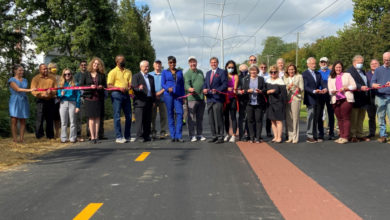 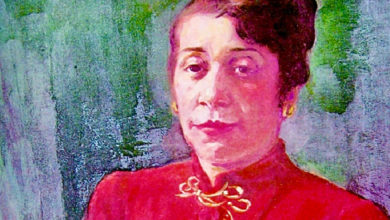 Celebrating the Visionary and Rule-Breaking Art of Alma Thomas 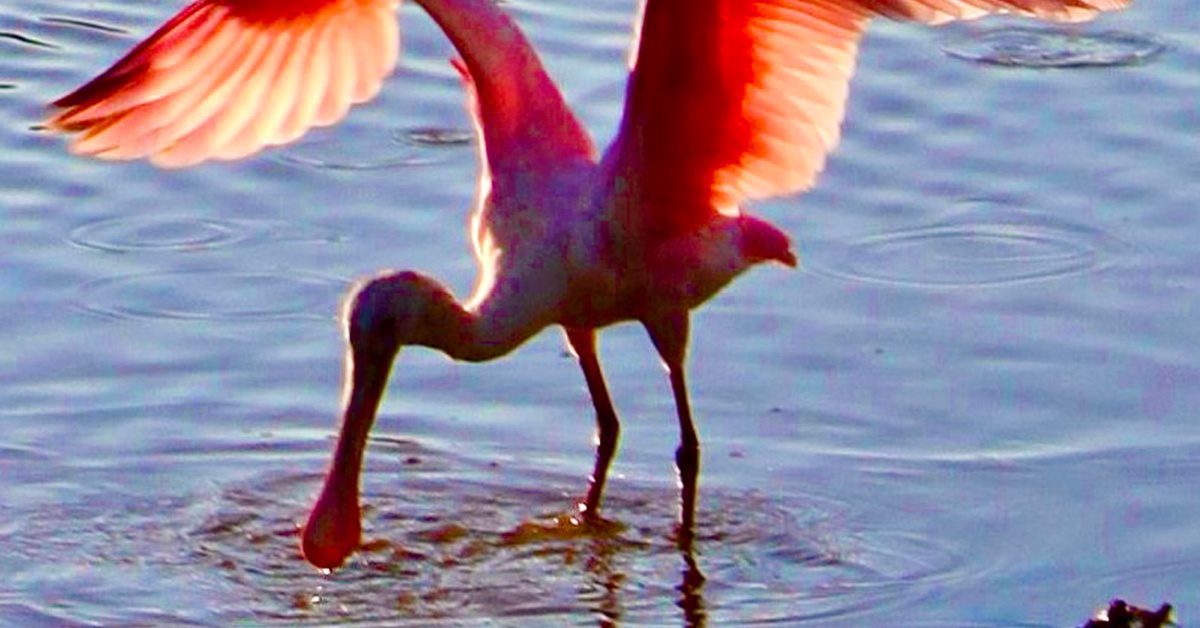 Birds of a Different Feather Flock Together at Huntley Meadows Park