Alexandria, VA – In 2002, Linda Odell, an employee of the City of Alexandria’s Court Service Unit, founded Space of Her Own (SOHO) in partnership with The Art League.

Odell based SOHO on a vision of using art as a catalyst. That vision became a curriculum created by the Art League School faculty. The Art League also designated a large space at 1055 North Fairfax in the Old Town North Music neighborhood for the girls and their mentors to use. Participants in the program meet with their mentors each week to engage in creative activities, learn life skills, and share a meal.

The N Fairfax Street space was leased from the development group behind the TideLock Development Project for SOHO to use while TideLock awaits final planning approval. It should remain available to SOHO for at least six more months.

“Our unique community partnerships with City of Alexandria government, schools, nonprofits, and other entities enable SOHO to be more than a mentoring program,” says Odell. “Partnerships across multiple sectors allow us to provide support to SOHO girls and their families if needed.”

The impetus for creating SOHO came from a Developmental Assets Survey conducted with Alexandria City Public Schools students. Also, an informal survey conducted by ACPS middle school counselors found that 97% of respondents expressed a desire for increased exposure to and experience with the arts.

“SOHO is designed to teach girls to value creativity using unique visual arts, STEM, and carpentry instruction. Girls learn to see the arts as a means of expression and an endeavor in which all can exceed,” says Odell. SOHO recently created “Voices of Her Own,” written by participants and edited by interns Brianna and Jenny, both alumnae of the SOHO program.

SOHO operates with a budget of $112,000. Most funding comes from supporters in the city, including ACT for Alexandria’s Spring2ACTion campaign and other nonprofits, individuals, and local businesses.

Learn more about this award-winning 501(c)(3) and read recent issues of “Voices of Her Own” at www.spaceofherown.org. 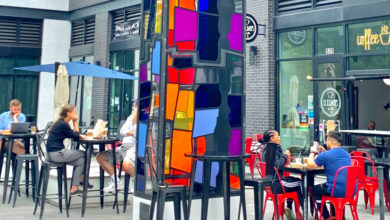 What is the Old Town North Alliance? What Does It Do for You? 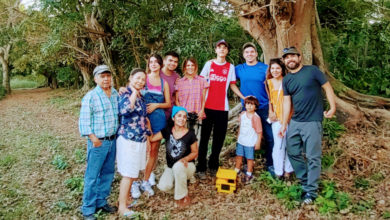 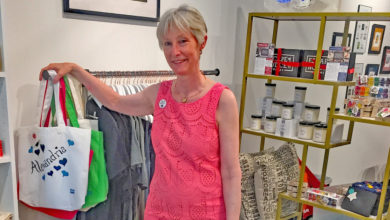 The OTN Arts and Cultural District Grows With Made in ALX 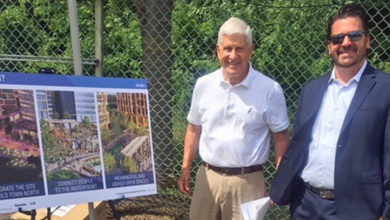