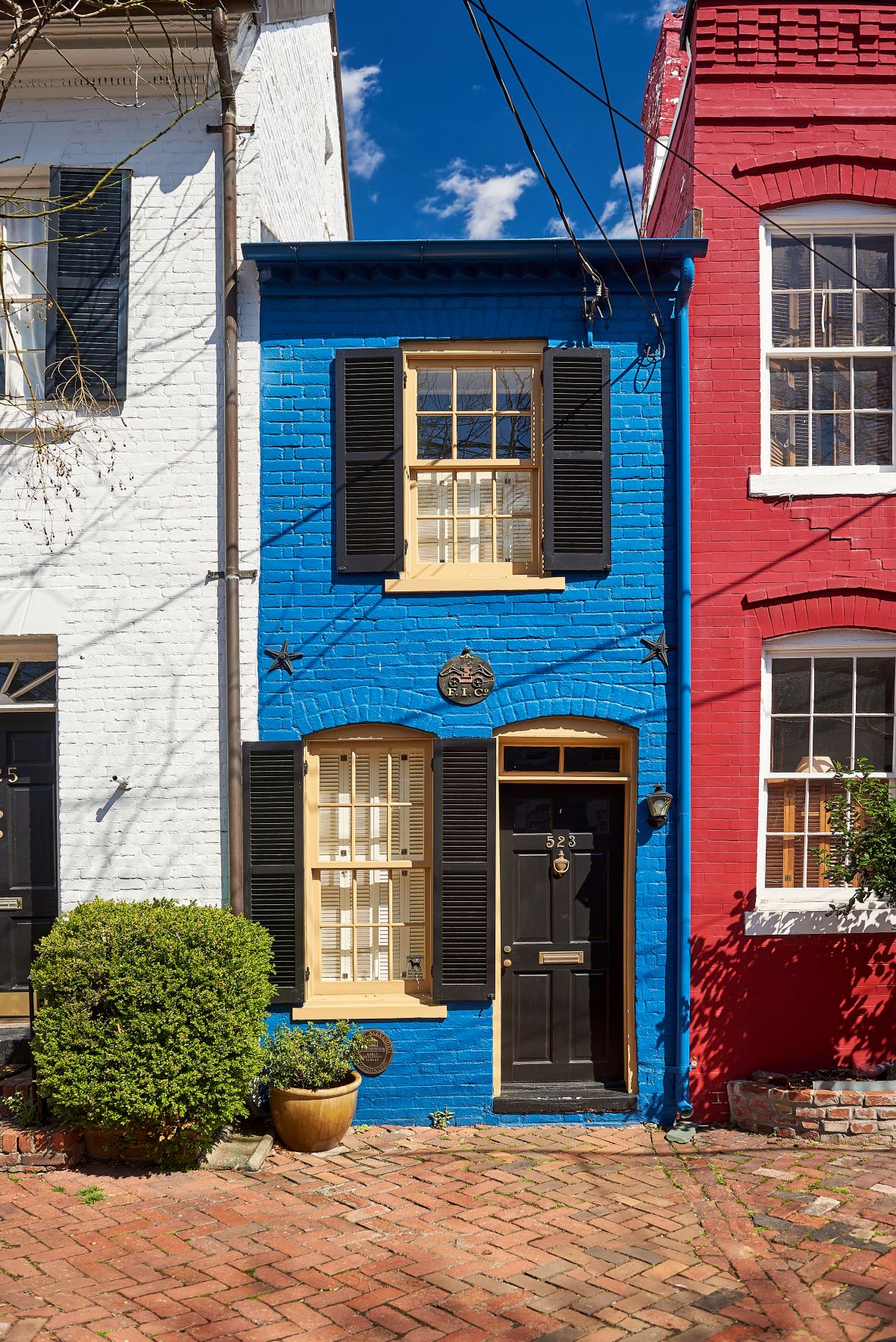 ALEXANDRIA, VA – You might already know that Alexandria is home to one of the most photographed, painted, and talked-about “spite” or “alley” houses in the country, known locally as “The Spite House.”

A Tiny, Beloved Home That Was Built for Spite

The Hollensbury Spite House, 7.5 feet wide and 25 feet deep and 325 square feet in two stories, is located at 523 Queen Street in Old Town. The lot measures 356 square feet, which includes the 350 square-foot, two-story house and a walled rear garden and patio area, measuring 7-feet wide and 12-feet deep. John Hollensbury, owner of one of the adjacent houses, built it in 1830 to keep horse-drawn wagons and loiterers out of his alley.

But did you know Alexandria has three other narrow “alley” homes?

205 King Street: What is fun about this alley house is that you can actually go inside it because it currently houses the She’s Unique boutique.  It is 11-feet, nine inches wide and city documents suggest it was built around 1812.

403 Prince Street: At only eight feet wide, this tiny 608 square foot brick house was built sometime before 1883 according to Historic Alexandria Virginia Street by Street, when the owner Samuel Janney gave his son Henry the rental profits from the three-story house next door.

1401 Prince Street: This alley house is unique because it is only one story. At eight feet wide, it has been made part of the building next door now, but according to the Sanborn Fire Map*, it was built around 1893.

* The Sanborn map collection consists of a uniform series of large-scale maps, dating from 1867 to the present and depicting the commercial, industrial, and residential sections of some twelve thousand cities and towns in the United States, Canada, and Mexico.