If you’ve been wondering what all the excitement was about when David Hyde Pierce’s performance in “Vanya and Sonia and Masha and Spike” was all the talk of Broadway a couple of years ago, and who hasn’t, now’s your chance to find out. The Little Theatre of Alexandria is tackling Christopher Durang’s alternately funny, wacky and poignant play with interesting and mixed results.

The original Broadway cast in 2013 included Sigourney Weaver, as well as David Hyde Pierce. It won the Tony Award for Best Play among other awards and critics praised it as a humorous adaptation of Chekhov themes that doesn’t require familiarity with Chekhov and sets those characters in present day Bucks County, Pa. The character names, just so you know, are borrowed from Chekhov plays, i.e. Vanya is the protagonist in Uncle Vanya, and Sonia is his niece. (In this production Sonia is Vanya’s adopted sister.) Masha is from Chekhov’s “Three Sisters,” Nina is from “The Seagull,” and the play depicts a home of siblings who have quarreled their entire lives. That’s about all you need to know to enjoy the show.

The situation that Durang has set up for us and Director Howard Vincent Kurtz brings to the stage is this: Masha (Carol Preston), an international stage and screen star, is returning home for the weekend to attend a costume party. She pays all the bills for her two siblings, Vanya (Mario Font) and Sonia (Lorraine Bouchard), both of certain ages, who have not left home since their parents died years earlier. Masha, who has been married five times and is now in her cougar stage, arrives with her boy toy Spike (John Paul Odle) and much awkwardness ensues. Included in the household is a soothsaying and voodoo practicing housekeeper, (I’m not making this up!) Cassandra (Marilyn Pifer), and a lovely, young, acting-crazed neighbor Nina (Hannah-Lee Grothaus). Nina gets to meet and spend time with her idol, Masha, as well as Vanya and Sonia, and helps the reclusive siblings find their way out into the world, and Masha to see where she went astray. Are you still with me? Good. It’s fun!

The set by Howard Vincent Kurtz and Alex P. Wade is quite wonderful. It’s an upscale, but lived-in morning room in a Bucks County farmhouse. On the set or brought in are items (co-set dressing by Russell Wyland and properties design by Geoff Baskir) the brother and sister routinely use to entertain themselves, like binoculars to watch the blue heron on the pond and a tea set for their Sleepy Time tea in the evening. The lighting by Jeff Auerbach and Kimberly Crago and sound by Alan Wray is delightful, especially arrivals and departures of cars, thunder and lightning, as well as the subtle lighting effects that indicate the passage of time.

The costumes by Amanda Jarvis and Howard Vincent Kurtz are a large part of the plot and the look and feel of the show, since Masha is home to attend a costume party. She insists on wearing a professional costumer’s version of Walt Disney’s “Snow White” yellow and blue dress–which is lovely–but there is no black wig. What? AND she has brought dwarf costumes for her siblings and a prince costume for handsome young Spike to wear. In Masha’s mind everything has to relate to her chosen character. Sonia intuits what Masha is up to and decides to go to a Thrift Store to look for her own costume, a coming-out-of-her-doldrums and defying-her-sister dress which is drop dead gorgeous! But Vanya’s dwarf costume was the winner for me!

Last thoughts: The lines in this show are difficult to act because they require absolutely perfect timing and smooth eloquent delivery to land Christopher Durang’s sometimes absurdist dialog. Enough said. But I think you will find a lot to like and discover in this interesting and entertaining evening with Vanya and Sonia and Masha and Spike, live, at The Little Theatre of Alexandria.

Performance and Ticket Information: “Vanya and Sonia and Masha and Spike” runs through November 11, 2017 at The Little Theatre of Alexandria, 600 Wolfe Street, Alexandria, Va. Performances are Wednesday-Saturday at 8 pm and Sunday at 3 pm. For tickets visit: www.thelittletheatre.com or call 703-683-0496. 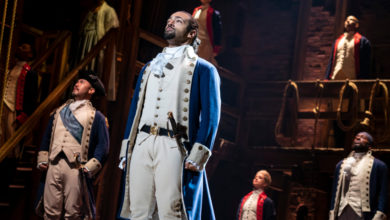