No, it’s not those kind of zombies, it’s a legendary rock and roll band who in some ways is as popular now as ever.

It’s a renewed “time of the season” for The Zombies, but these aren’t the kind of zombies you’d probably think of first these days.

These zombies are not the Walking Dead, not those lost souls who roam the earth catatonically, in various states of decomposition, searching for human flesh to devour.

Far from it, actually.

No, these Zombies are bonafide rock and roll legends — 2017 Rock and Roll Hall of Fame nominees actually — who even in their early 70’s are selling out venues worldwide, putting on vibrant shows by playing some of rock’s most classic tunes as well as tight newer material, and loving every minute of it. Not lost souls by a long shot.

“It’s absolutely incredible. We’re just eternally grateful that we’ve got this opportunity to be playing live, to be doing the thing that we love to do, at this time in life,” said 72 year-old Colin Blunstone — co-founder of The Zombies and lead singer of their biggest hits like “Time Of The Season” and “She’s Not There” — during a brief break in their busy schedule, which brings them to The Birchmere on March 13th.

“There’s as much energy on stage now as there was when we were teenagers. In fact, to be honest, I think there’s more energy on stage now because it’s so unexpected, the thrill is even more intense, because we’re playing at this time in our lives. And as I said before, none of us expected to be touring in the autumn of our career. It starts to get a bit delicate when you start talking about age, doesn’t it? But autumn of our careers seems to ring quite well with me.”

Zombies co-founder and legendary rock keyboardist Rod Argent wholeheartedly agrees that this is truly a time of the season for this band.

“It feels like a completely new lease on life, to be honest,” Argent, also 72, said. “We really are having a ball every night. The tedium of touring is the same as it always is, the journeys and what you put yourself through to get from one place to another. But that couple of hours on stage is liberating. And it’s a privilege to be able to experience that now.”

Blunstone and Argent formed The Zombies in 1961 in England, and after winning a local beat group contest, the band snagged a recording contract and eventually scored US hits in the mid-to-late-60s with the aforementioned nuggets as well as “Tell Her No.” They were the second U.K. band following the Beatles to score a #1 hit in America, and their 1968 album Odessey and Oracle is ranked #100 on Rolling Stone magazine’s list of the 500 Greatest Albums of All Time.

Over 50 years later, the Zombies love playing those old hits and seeing the reaction they get, but as with many musicians their age, they also enjoy bringing some newer music to the party as well. It’s like the whole resurgence of the band was one big glorious surprise.

“We didn’t have any aspiration to start really touring outside of just a few fun gigs,” said Argent, who left the band in 1968 and had his own solo successes like with his band Argent and their monster FM hit “Hold Your Head Up” as well as guest slots on classic albums like The Who’s Who Are You. “And yet, it was so nice when we started playing together, it was just such a buzz that we gradually grew the momentum of that. And we got to the stage where we were hitting venues and areas in America for instance, that we never really sort of packed the first time around. But now, in this incarnation, we built up something, which means wherever we play we get really pretty much sold out venues, which is fantastic. We’re very proud of that. It gives us a lot of energy for this incarnation. And we have an album that we put out in 2015 called Still Got That Hunger which we dip into live as well. We love playing the old stuff. We honestly do. But always within the context of being able to get excited about playing better than ever and also having new paths open to us.”

Blunstone adds that all these years later, the band is finding that the hits you have in one part of the world might not play the same in other places, so you need to be cognizant of what was big where, and play to the audience.

“It’s one of the things about the music business that quite intrigues me, that when you go from one country to another, the hits you’ve had, and of course, the misses that you’ve had, can be totally different. I had some solo records that were really successful in the UK and Europe but never in America. For instance, we play quite a lot in the Far East, and when we go to the Far East, particularly the Philippines, the hits that we had there are totally different to the hits that we had anywhere else. They always encourage us to dig out these obscure tracks. Well, ha, they’re obscure to us, but they were huge hits in the Far East.”

It seems that no band is exempt from tragedy at some point, and The Zombies are no exception. They suffered a huge loss very recently when Argent’s cousin and former Kinks bassist and later bassist for The Zombies, Jim Rodford, died after a fall at the age of 76. Talking to both Argent and Blunstone, you get a real sense of the deep loss that Rodford’s death draped over the band.

“Jim was a very important influence in my life,” said Argent. “He was four years older than me and he was in a band. I was star struck by this sort of elder, he was my cousin but he was like an elder brother almost. He was my first influence of rock n’ roll music, I found I wanted to be in a band when I saw Jim play. And it only occurred to me much later on that the very first song I ever wrote, I played to Jim. I never realized that for a long time, and it still exists but only on cassette now. Yes, he was a real pioneer.”

“First of all, we’re all in shock,” Blunstone interjects. “I’ve known him since 1961, he helped us ‘out cause he was in the big local band, and he helped us get the first Zombies rehearsal together in 1961. All I can say is he was a musician’s musician. Everybody admired and was in awe of him, but also he was a perfect gentleman as well. He was a lovely person.”

After Rodford’s death, amidst their grief, there was concern that the tour wouldn’t be able to go on as scheduled. But the band knew that’s not what Rodford would have wanted.

Not only are The Zombies taking the world by storm again, but they were also asked to play at a charity benefit concert at Carnegie Hall this week, with all artists playing the music of Led Zeppelin. Rodford’s death almost caused them to cancel the appearance, but once again, the show must go on. And Rodford’s son, Zombies drummer Steve Rodford, made a poignant choice for which song they would do.

“Neither Rod nor I knew a lot of…well, of course we know of Led Zeppelin, and we know they’re great players, but we weren’t really familiar with a lot of their repertoire. Ironically, Steve is a huge Led Zeppelin fan, and he’d already chosen a song for the band to play [the touching ‘Thank You’ from Led Zeppelin 2]. Because we’d spent so much time getting (the new bassist) up to speed, and making sure we’re okay for the tour, we decided to do the song with just Rod and me, just doing piano and voice. It’s come about in a very strange way.”

The key for bands in the twilight of their career is to bring it nightly, and The Zombies are no exception. Judging by clips of various performances of the band on their current tour, they are as tight and in sync as ever. And as the legendary Argent reiterates, they’re proud they have been able to both accurately recreate past triumphs as well as bring a new and invigorated spirit to a classic band’s story.

“We do everything in the original keys, I think are charts are all better now than when were 18 years old. And we just have a ball when we’re on stage. Honestly we wouldn’t do it otherwise. Because the last thing we’re trying to do is just rake over a few embers. We’re really not.”

Want to be Part of the Alexandria Pothole Patrol? 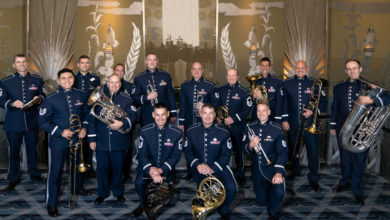 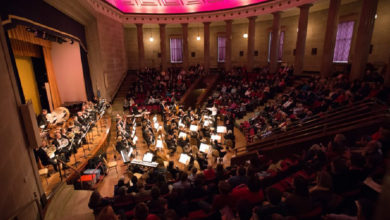