Alexandria, VA – Hundreds of Alexandrians and visitors cheered as the Alexandria Fire Department sprayed a water arch in the air to welcome the Tall Ship Providence to its new home on the Alexandria waterfront. The ship, which is a replica of the first naval warship commissioned by the Continental Congress in 1775, sailed up the Potomac River and docked at the port of Alexandria just after midnight on July 2.

Alexandria Mayor Justin Wilson was on a barge of VIPs that sailed out to welcome the Tall Ship to the city. Later in the day, Wilson and a number of city council members attended a press conference welcoming the ship to the city.

“It’s got a lot of benefits for us,” Wilson said. “There’s the educational component, and it’s exciting that it will teach folks a lot about the city’s maritime history. It’s certainly an economic development engine, and it’s a beautiful landmark for us on the waterfront.”

“It’s another great historic aspect for a historic city,” Aguirre said. “It’s a pretty exciting time. I think it’s going to bring a lot of people to the city, and I look forward to the educational experiences it will bring to students in the city as well.”

Molly Casey Duffy brought her 13-year-old daughter, Larkin, and her friend Molly to the waterfront to see the ship arrive.

“It’s a little bit of history, right?” Molly Duffy said. “My teenage daughter convinced me that it was a good excuse for her to be up past midnight.”

Larkin Duffy had never seen the ship, which was built in 1976 and was used in two of the “Pirates of the Caribbean” movies.

“I also kinda wanted to see the Woodrow Wilson Bridge open up. I’ve never seen that, either,” she said.

The Long Voyage Home to Alexandria

Getting the Tall Ship to Alexandria was no small feat! The 110-foot, 12 gun sloop of war is an exact replica of the first war ships used by the Continental Navy during the American Revolution, and it will be docked at the Alexandria waterfront for a year (and if all goes well, it could be a permanent fixture).

The voyage from Wiscasset, Maine, took two weeks, and while there were no typhoons the crew of 12 weathered intense fog for days on end.

“There’s a lot of watch on this ship because of the tiller,” said crewman Fulvio Padova. “It’s kind of neat looking out and seeing nothing but fog and hearing foghorns come from across the bow in the distance.”

The ship was heavily damaged by a winter storm in 2015, and its owner was selling it for less than $200,000 when found by Serge Sarandinaki, who, along with Alexandria entrepreneur Scott Shaw and a number of other community partners created the nonprofit Tall Ship Providence Foundation in 2017 to buy and restore the ship.

“Scott engaged the community and brought the project to life,” Sarandinaki said. “The feeling of having this ship here is unbelievable. I stumbled upon the ship and couldn’t believe is was being sold so cheaply… Imagine Alexandria eighth graders visiting this ship as a rite of passage in their schooling, and getting them involved in history, math, and science.”

Shaw said that  the project allowed him to be Tom Sawyer – by raising support for the project to get off the ground while observing much of the work behind the scenes.

“I look forward to happy cruising in the future,” Shaw said. “Our vision from the start was that this would be a for-profit business wrapped in a nonprofit foundation. It’s not a hand-to-mouth nonprofit. It’s going to be successful, it’s well managed, it’s impactful in a lot of ways…”

Former Alexandria Mayor Allison Silberberg was also at the waterfront to see the ship arrive.

“The Tall Ship Providence is a great addition to our waterfront. I’m so proud and grateful to Scott Shaw and Serge Sarandinaki and all the donors for making this possible,” Silberberg said. “They worked for over two years on this and I’m delighted to have been able to be an early and stalwart supporter to help with anything they needed for this from the city side.”

When is the Ship Open to the Public?

Clair Sassin, the executive director of the Tall Ship Providence Foundation, said that the ship will be ready for the public for tours, cruises and rentals toward the end of the summer. The Coast Guard still has to inspect the vessel and there are still a few outstanding repairs.

“We’re probably looking at sometime later this simmer,” Sassin said. “We are thrilled to have this ship home where it belongs in Alexandria.”

The lavish experience isn’t cheap, either, as it will cost approximately $3,500 to rent the entire ship for a three hour tour.

The Tall Ship Providence will offer the following programs:

Have You Seen The Tall Ship Providence Yet?

Let Loose: Have Fun in Alexandria on July Fourth 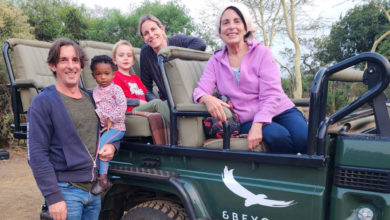