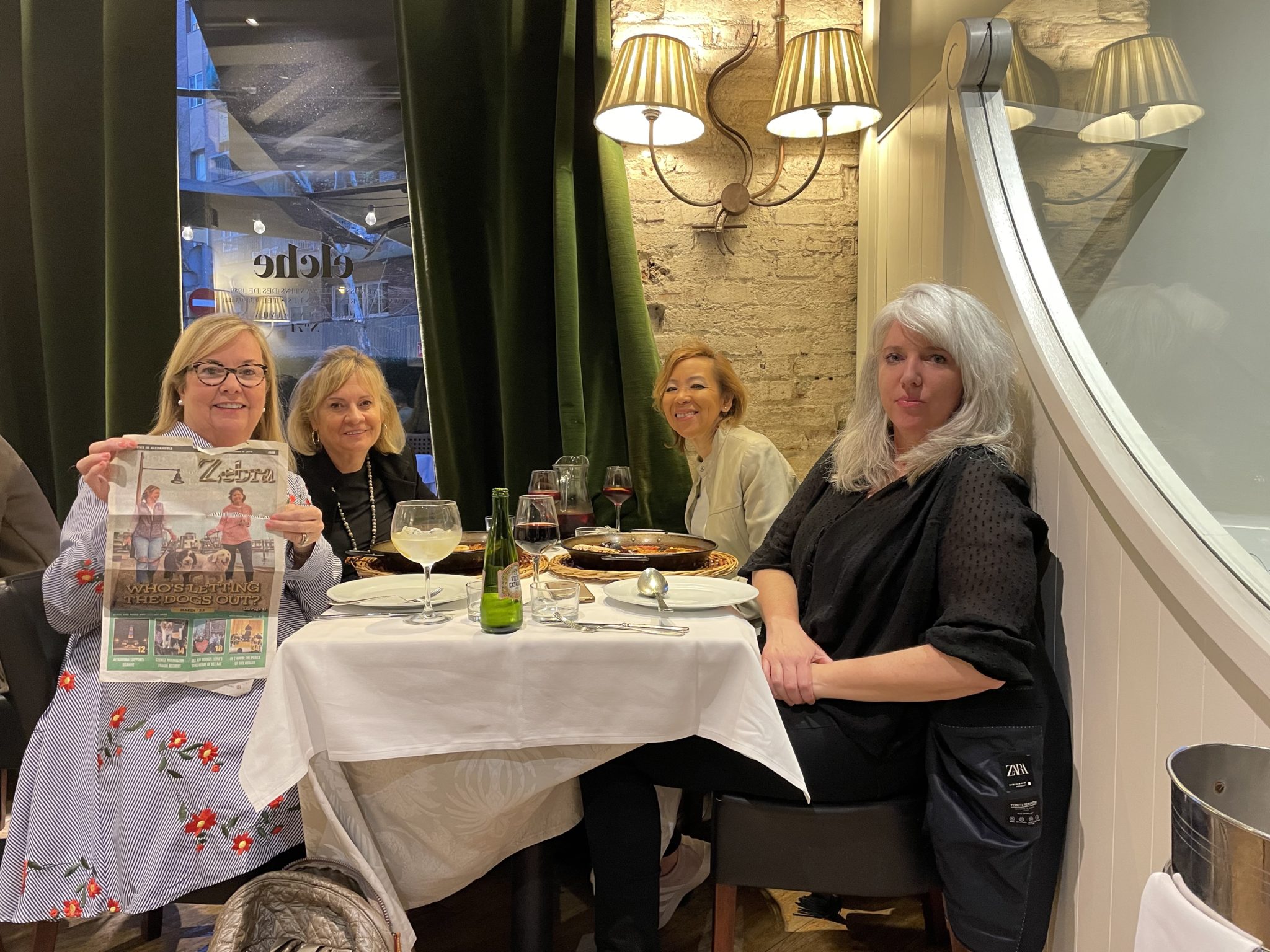 Alexandria, VA – Anita Carson and Karin Viera from Alexandria visit with Canadian friends Christine James and Andrea Gobbatto and sharing the Zebra Newspaper during a night out with paella and sangria in Barcelona. 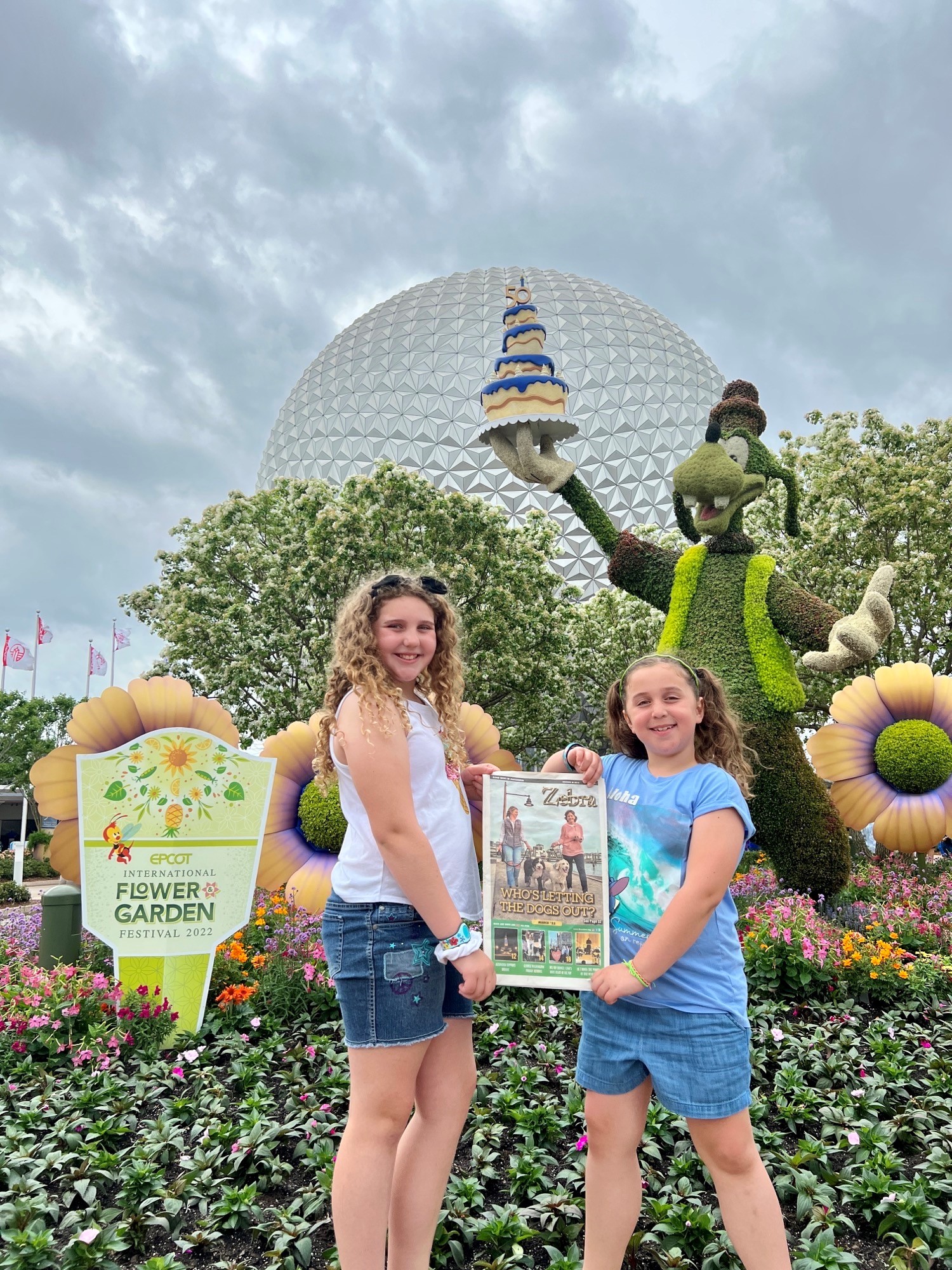 Alexis (9) and Katerina (7) Rothweiler of Alexandria were proud to show off the current issue of the Zebra Press while at the Garden and Flower Festival in Disney World, Florida. 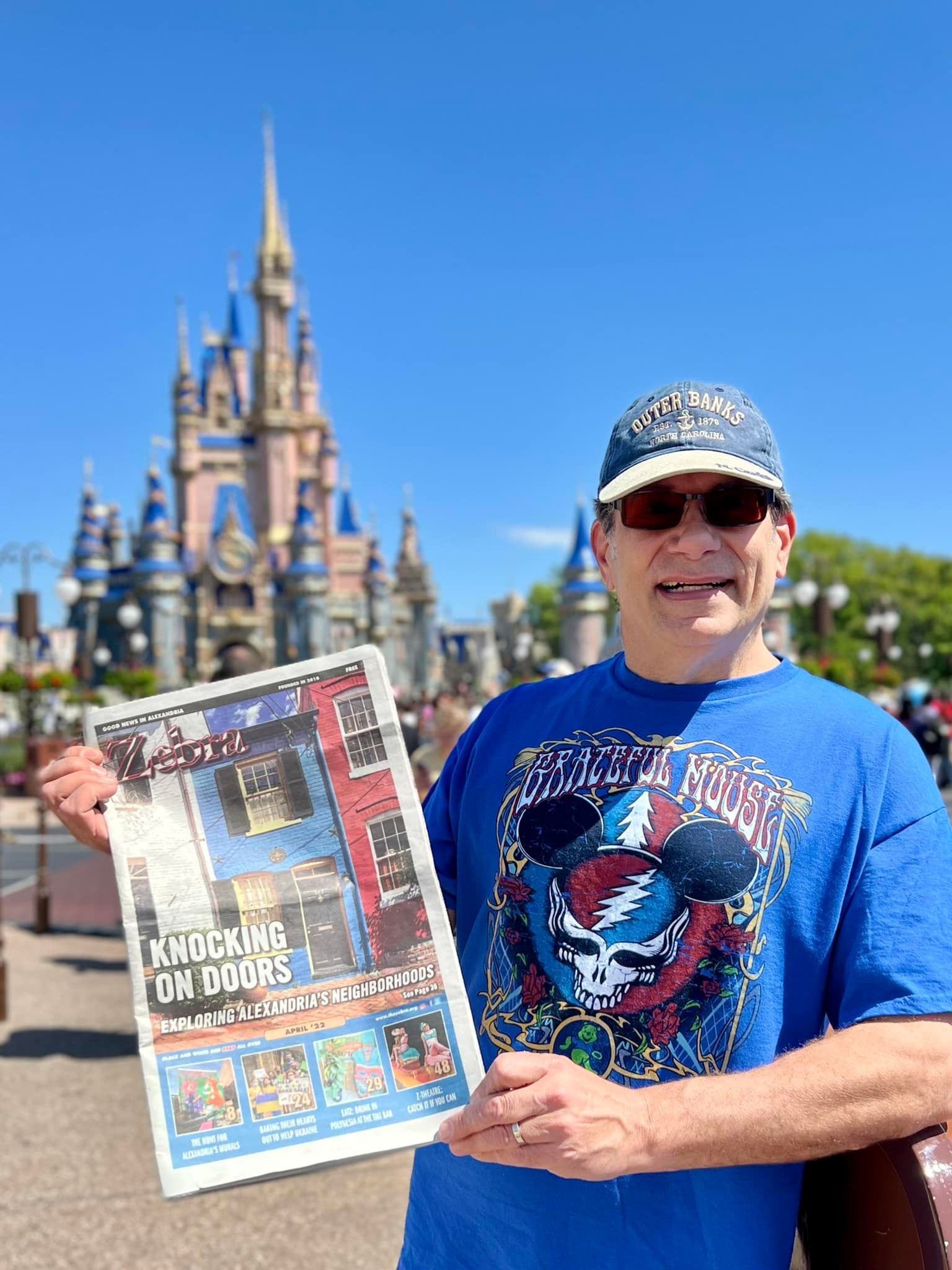 At the same time, local musician and photographer John David Coppola was at Disney with his family and he snapped this pic of our latest cover (a photo he took of the Spite House on Queen Street). 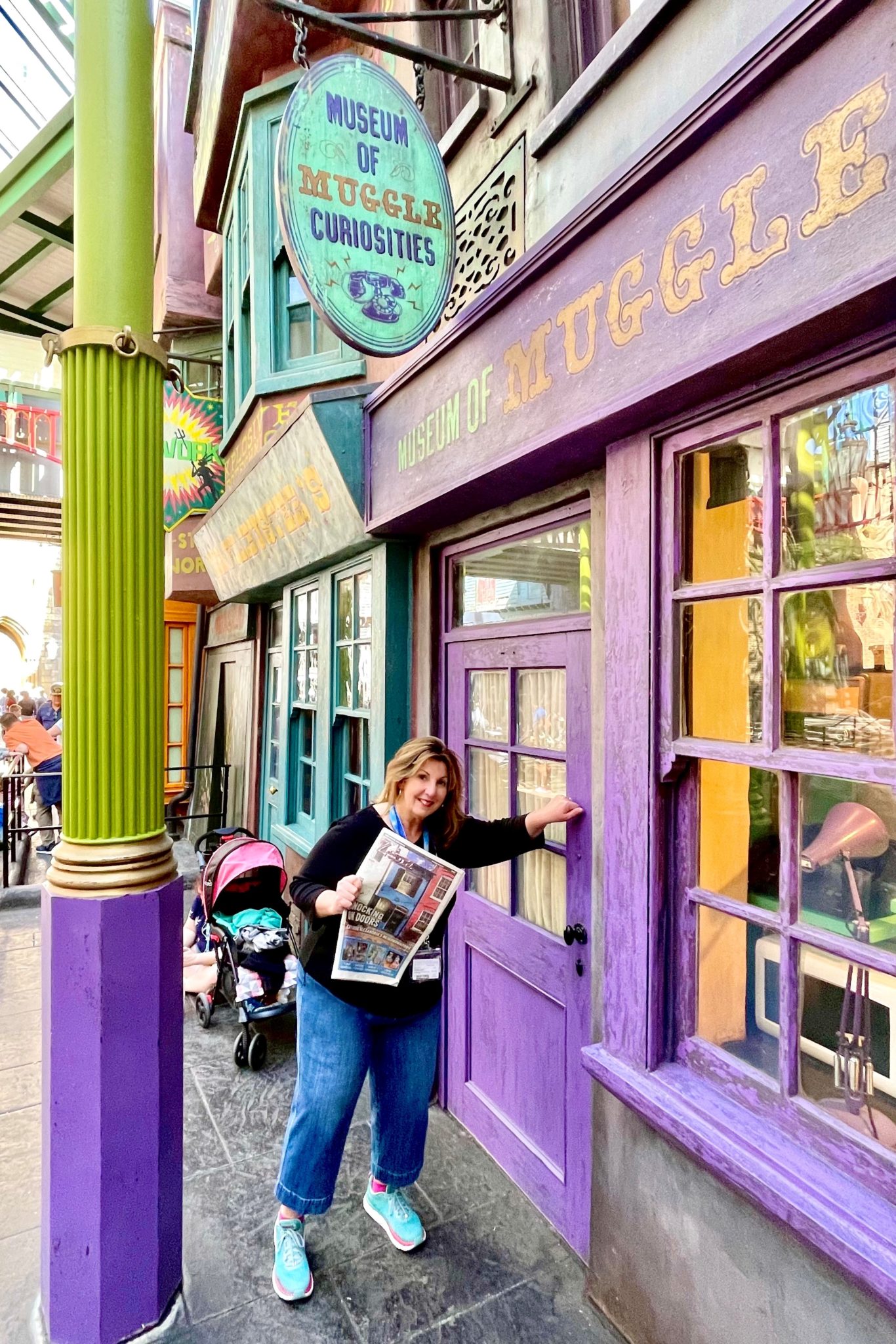 Councilwoman Amy Jackson and her family spent their Spring Break in Florida at Universal Studios. Here she is with Zebra heading into the Wizarding World of Harry Potter in Hogwarts’ Diagon Alley! 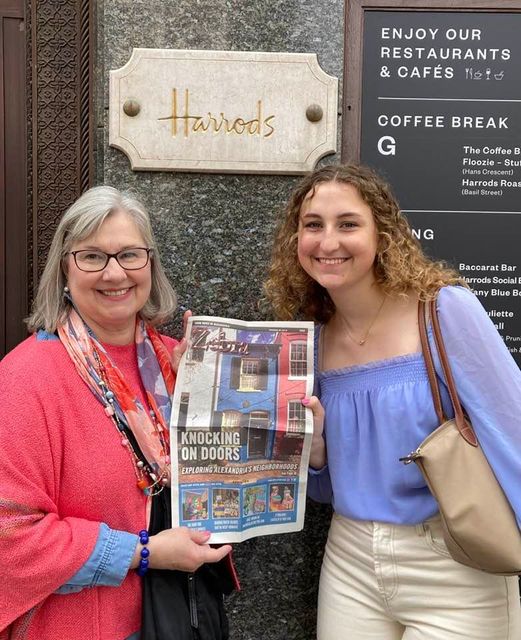 Across the pond, Alexandrians Donna Duss (Old Town North) and Ana Duss (Rosemont) spent a week in London and the surrounding countryside, a gift from grandparents Serge and Donna to celebrate Ana’s upcoming graduation from Alexandria City High School. Ana will enter Syracuse University Maxwell School of Citizenship and Public Affairs in August

Send us your photos from around the globe, and we will publish them in the upcoming issue. Next time you take a domestic or international trip, snap a pic and send it to [email protected] with ZEBRA AROUND THE WORLD in the subject line along with a descriptive caption. 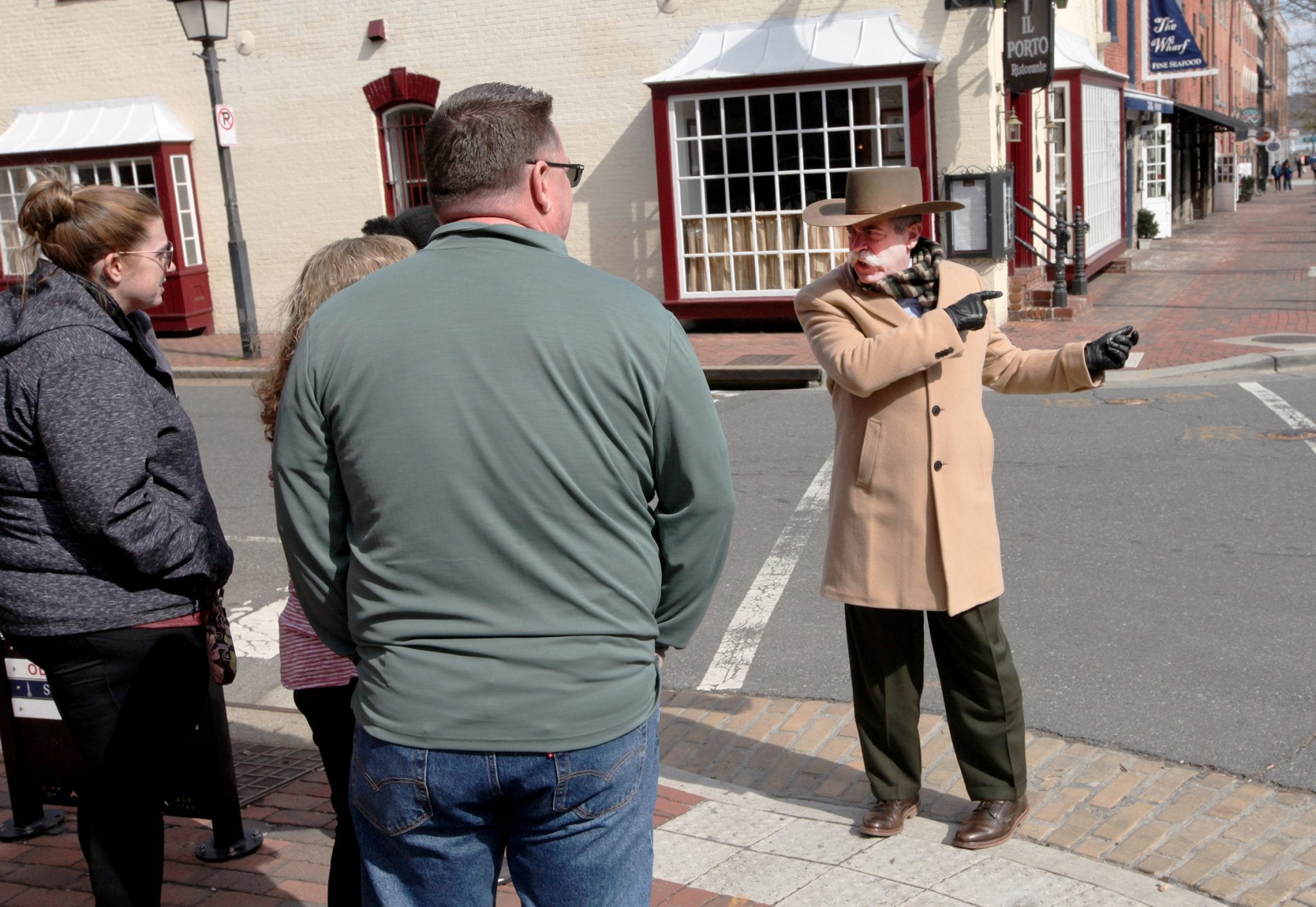 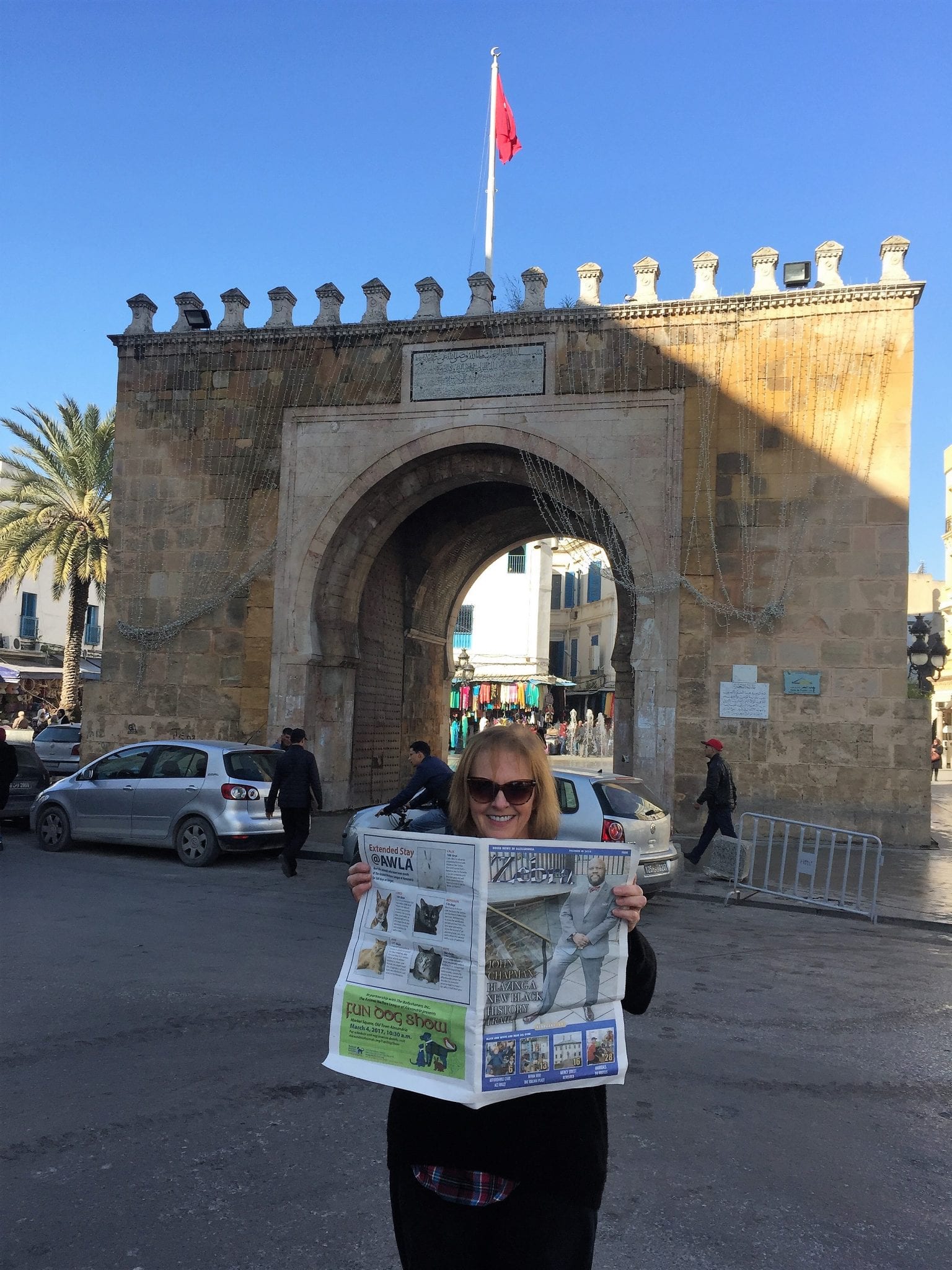