Alexandria, VA – In the back of an 18th Century white clapboard home on Princess Street in Old Town lies a secret garden where live musical performance has been revived and thrived most Saturday evenings since June. The home, dating back to 1785, which once belonged to the Booth family (as in John Wilkes Booth), is actually the Rectory of historic Christ Church, where George Washington and the Lee family worshipped.

The garden is formal in design, with ivory pillars and arbors complementing the requisite roses and boxwood topiary. Strategically scattered performers were dispersed throughout the garden amid lush but low plantings, situated on vintage slate pavers, century-old brick, and quaint, wobbly cobblestone.

On the night The Zebra Press attended a performance of the Sounds of Hope and Harmony, this writer was treated to “A Brand New Day,” a performance by the Hope and Harmony choir, conducted by Anthony Blake Clarke, featuring 12 vocalists exploring music spanning four centuries of choral literature. This special concert was notably the world’s first professional performance of live choral music since the COVID-19 pandemic began last March.

Every precaution is taken before and after each concert. Seating is sanitized. Guests’ temperatures are taken before they may attend. Masks are worn at all times by the audience. Seating is strictly limited and guests are grouped according to the number in each party, and ten feet distant from all other groups in every direction. To date, there has been not a single instance of COVID-19 contracted by or traced to a ticket holder, staff member, or performing artist.

Even the competing chorus of nocturnal crickets paused to listen to the joyous reverberations of harmonious glee. And except for one moment, when a soprano solo took revelrous flight, reaching the highest notes under a starry sky, and a single rogue cricket could contain itself no longer, the audience—man, woman, and insect alike—remained in awed silence, save for hearty applause for the 60 minutes of melodious rapture.

Z~TV’s music guru, Steve Houck, interviewed Classical Movements President Neeta Helms recently. Steve’s passion for live music in all genres was upstaged by Neeta’s own enthusiasm as acting ambassador of goodwill-music spreading while at the helm of this noteworthy organization.

Performances will continue into October with encore appearances by members of the National Symphony featuring, among other Classical Movements events, a brass quintet and a solo percussion, as well as a recital with guest soloist/rising opera star Issachah Savage.

Encore program celebrations of Beethoven, honoring the 250th anniversary of his birth this December, are scheduled to conclude the series. The date of Beethoven’s birth remains not precisely known, although due to his baptism on the 17th and the custom of christening children within 24 hours of birth, December 16 is the date most celebrated these past two plus centuries.

Let’s raise a glass to Ludwig van Beethoven, as well as to Neeta Helms and Adam Jackson, for changing the world in good times and bad, always for the better, with über joy, hope, and harmonious enthusiasm, one note at a time. 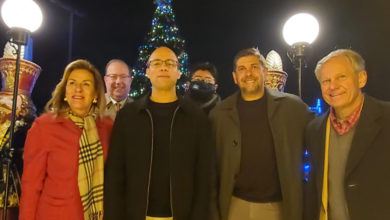 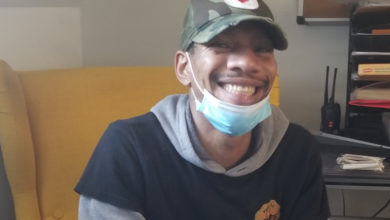 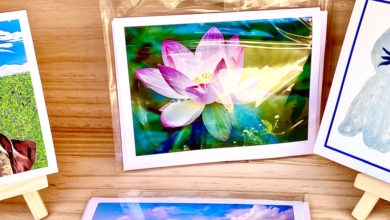 ‘Tis the Season for Giving and Getting