Alexandria, VA – It’s been almost three years since the last Sips & Secrets Speakeasy Night at the Lee-Fendall House. The perennially sold-out 2021 fundraiser was postponed last fall when the event traditionally is held due to COVID.

This extremely popular social event raises funds for restoration projects at the Oronoco Street museum. A house dating back to 1785, home to generations of the Lee family, (Robert E. Lee’s boyhood home is across the street) to enslaved and free people of African descent, and to labor leader John L. Lewis, it is as culturally eclectic as it is steeped in local history.

In the early 20th century, the house was owned by Robert Downham. As a purveyor of liquor, Prohibition from 1920 to 1933 impacted his livelihood, and he was forced to vacate the house. Interestingly, the castle in England that poses as the Crawley’s manor in Downton Abbey is owned by a descendent of Robert Downham.

Hostesses for the evening were museum director Amanda Roper and event chairperson and board member Megan Ritter Judt. Amanda came to Lee-Fendall House having been instrumental in innovating the historical narrative at the McLeod Plantation in Charleston and from the National Museum of African American History and Culture. Over the past five years, Amanda has expanded Lee-Fendall’s exhibits and programs to present stories more inclusive of women’s, African-American, and union/labor history.

For several years, Megan has been the dynamo behind the Sips & Secrets event. One memorable occasion was the secret basement bourbon tasting when funds were raised for the basement excavation. Guests were issued a secret password with their ticket confirmation to access the hidden staircase and pass into the bare dirt room. Another year when the chimney needed rebuilding, the party moved upstairs next to labor leader John Lewis’s study with the silent auction action held in the dining room.

Despite COVID remaining an unwanted party crasher, guests this year were allowed to tour the house masked, but the party and silent auction were kept outdoors. Fundraising activity currently focuses on restoring the brick retaining wall on the southeast side of the garden. The wall collapsed, like the chimney nearly did several years ago. The 200-year-old wall was built by enslaved workers using over 12,000 handmade bricks, amassing 69 tons of stone and brickwork.

Board Vice President Edward Horn explained that the fundraising goal had increased another $100,000 since the campaign kicked off. Loss of admission and program revenues due to COVID closures and contingencies set back operating revenues while renovation and restoration costs climbed.

The fall postponement until late May permitted partygoers to enjoy the lingering light of a later sunset. The band played into the night while flappers and the dapper spun and swung as if the temps weren’t midsummeresque. The Honorable James M. Duncan, for whom the Del Ray library branch is named, made the rounds. Duncan was the Mayor of Alexandria from 1920 to 1922. His Honor cut a dashing figure, walking stick in hand. 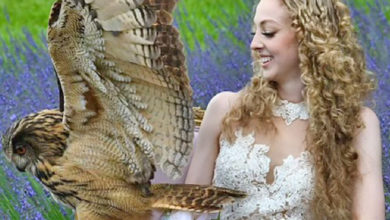 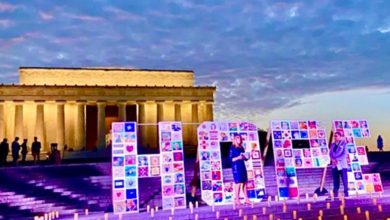