This story has been updated to clarify that Stories Behind the Stars has been an official nonprofit for one year. Prior to its inception, Mr. Milne posted his writing on his blog. The nonprofit is not responsible for the technology, as written previously. Its involvement with the smartphone app is limited to the composition of the content users can access.

ALEXANDRIA, VA – Walking among the tombstones at Arlington National Cemetery, one may see a name and want to know more about that person. Stories Behind the Stars, a Utah-based nonprofit with national reach, has made telling the stories of every one of the 421,000 U.S. World War II fallen its mission. On Nov. 11 – Veterans Day – the organization starts a project to write stories about the 7,700 fallen buried at Arlington. Once completed, these stories (with many others), will be available on a smartphone app people can use as they tour cemeteries around the country.

In existence since 2020, to date, Stories Behind the Stars has finished writing the stories of all the World War II fallen from Utah and the 2,502 Americans who died during the Battle of Normandy on D-Day. They are on pace to complete the stories of all 2,335 Pearl Harbor fallen by Dec. 7.

Stories Behind the Stars – its name taken from the ceremony where families of the fallen received a gold star on a banner – began as a hobby. Shortly after the 75th anniversary of Pearl Harbor, the nonprofit’s founder and national director Don Milne, began writing one story each day of a soldier killed during the war. Wanting to finish the project by Sept. 2020 – the 75th anniversary of the war’s end –  he composed more than 1,200 stories for his blog in four years.

Milne told the Zebra, “By 2018, my blog [World War2 Fallen 100] had attracted more than one million views.  I discovered that people not only liked reading these stories, but many also wanted to write them.”

One year later, when his job in the banking industry ended, and with a generous severance, Milne decided to devote himself to looking for volunteers to write about the more than 400,000 U.S. soldiers killed during World War II. He freely admitted this was an ambitious undertaking.

“Such a project could never be done by one person, but it would only take 2,000 people out of a country of 330 million to help me make it happen,” he said. “By spending two to three hours a week to research and write a story, this many volunteers can get all of the stories done by the 80th anniversary of the end of World War II in September 2025. ”

Though it is no longer a one-man project (Milne’s daughter manages the Stories Behind the Stars website and three dozen assist with other aspects), there is always the need for writers.

Interested in becoming a volunteer? Simply fill out the form HERE to get started.

Research tools are completely free. Ancestry.com set up Stories Behind the Stars as a library type institution. This means people can access Ancestry.com, newspaper archives, and Fold3 (a military remembrance website) with no restrictions.

The app is due for release Dec. 1. Provided by FindAGrave.com, it will use the GPS location of the gravesite in the cemetery, or the memorial location, to link to a story of the fallen saved on Fold3.

The stories of the fallen at Arlington are expected to be complete by Memorial Day 2022.

Stories Behind the Stars has been invited to present at the 2022 RootsTech conference to demonstrate their innovative program to remember the fallen heroes of the Greatest Generation. 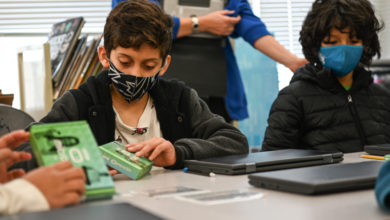 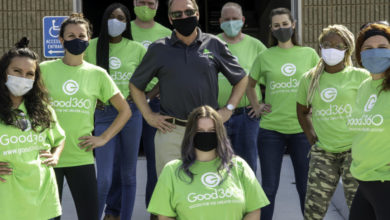 Good360: Alexandria Nonprofit Making a Difference Across the U.S. and Abroad 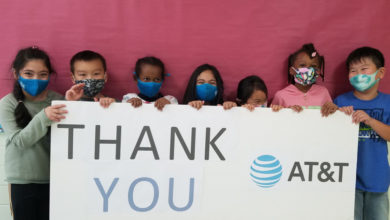 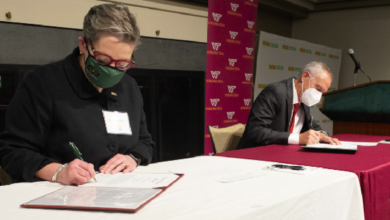